FORT WORTH, Texas (Reuters) – The mother of a Texas teenager who used an “affluenza” defense after killing four people in a 2013 drunken-driving crash was formally charged with money laundering on Thursday, related to her helping him flee to Mexico last year, her attorney said.

Tonya Couch, 49, previously was charged with hindering his apprehension, also a felony. She was formally indicted on both charges by a local grand jury this week, her lawyer, Don Carter, said in a telephone interview.

She was arraigned Thursday morning before Judge Wayne Salvant and then posted $10,000 bail on the new charge of money laundering, Carter said.

Couch and her son, Ethan, drew worldwide attention last winter after fleeing the United States in an attempt to avoid his punishment for violating his initial sentence of probation.

At his trial in juvenile court in 2013 when he was 16, a psychologist testifying on his behalf said Couch was so spoiled by his wealthy parents that he could not tell right from wrong. The psychologist described the affliction as “affluenza,” a term that quickly became a media buzzword.

He was sentenced to 10 years of probation, a penalty that sparked outrage from critics who ridiculed the affluenza defense and said his family’s wealth had helped keep him out of jail.

Late last year, he and his mother fled to a resort town on Mexico’s Pacific Coast after a video on social media appeared to show him at a party where alcohol was being consumed, which would have violated the drink- and drug-free terms of his probation.

They were eventually taken into custody by Mexican authorities and returned to the United States.

Tonya Couch was charged with aiding her son’s flight, a felony punishable with up to 10 years in prison.

After Thursday’s arraignment, she remains under home confinement, having posted $85,000 total bail on the charges.

Ethan Couch, now 19, is currently serving a two-year sentence in a maximum security jail. After his flight, his case was transferred to the adult system, where he was sentenced to four consecutive jail terms of 180 days. 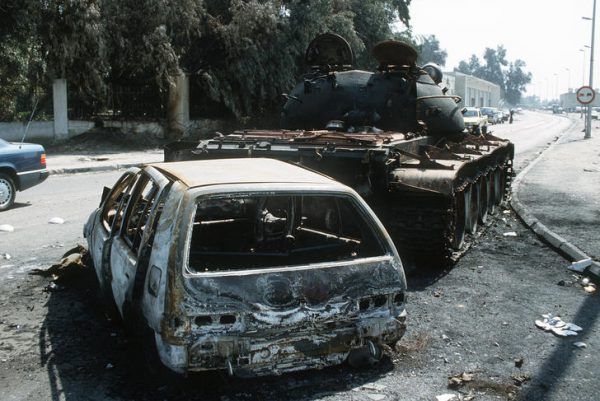 Persian Gulf War Photos You Haven’t Seen Before
About 26 years ago, a war broke out in the Persian Gulf. It broke out on August 2, 1990 and ended on February 28 1991. It started when Iraqi president ...
click here to read more
Advertisement - Continue reading below
Share  On Facebook

The Famous Failed Inventions Of The Last Century