By Hilary Russ and Robin Respaut

NEW YORK/SAN FRANCISCO (Reuters) – The 1923 middle school building in Oregon’s Corbett School District is so old that horses and trailers were used to dig the basement. It floods every winter, the building has no sprinkler system, and there is asbestos and lead paint in some spots.

Yet this May, voters struck down, for the fourth time, a plan to sell bonds that would pay for a new building, passing up an opportunity to finance the new school at a cost that may never be so low again.

Corbett is not alone. The amount of debt sold so far this year in the $3.7 trillion market for U.S. municipal and state debt is less than in 2015 despite record-low borrowing rates.

The yield on top-rated municipal 30-year bonds hit a bottom of 1.93 percent on July 6. That is far below the 3.27 percent of a year earlier and even below the comparable Treasury yield thanks to an income tax exemption granted to U.S. investors on the interest earned on most muni bonds.

There are several reasons why municipalities are slow in exploiting what could be a rare window of opportunity created by historically low global rates and investors’ intense hunt for higher returns.

For one, municipal borrowers have to clear hurdles including those at the ballot box, which makes it hard for them to respond quickly to changing market conditions.

Some communities are also still aching from recession-era budget cuts and remain reluctant to take on new debt service costs, however low they may be. Some are hemmed in by sluggish economies, big pension liabilities – which crowd out new projects – or both.

“Apart from the very large states and cities that typically are the leaders … (others) are still not sure that they have the backing of the voting population or the economic resources to expand their spending,” said VanEck Global portfolio manager James Colby, who buys municipal debt for the firm’s muni exchange traded funds.

For example, voters in Travis County, Texas, narrowly rejected a $287 million bond that would finance a replacement for an old, overcrowded courthouse in Austin, in part because of concerns that the chosen location might be too expensive.

New Jersey halted many state-funded road and bridge projects this month after lawmakers failed to extend the program that funds them because of a continuing battle over how to hike gasoline taxes to pay for new transportation spending.

Dysfunctional politics and fiscal strain also derailed last year’s budget in Illinois, which was a full year late, and in Pennsylvania, where a nine-month budget impasse left public schools struggling to stay open.

As a result, municipalities and states issued $227 billion in debt between January 1 and July 19, down 1.6 percent compared with the same period of 2015, according to Thomson Reuters data. The lion’s share of tax-exempt debt has been issued to refinance older bonds at lower rates, rather than fund new projects. (Graphic: http://tmsnrt.rs/29MmnHb)

Yet besides big issuers, in economically robust states, such as California and New York, it is America’s most troubled borrowers that have increased new borrowing.

Some are selling bonds now because buyers who previously shunned them are piling in looking for extra yield. Other communities must borrow to cover running costs or finish essential projects.

With negative yields in Germany and Japan and a global hunt for fixed income assets because of market volatility, some foreign investors are also buying U.S. municipal bonds, even though they do not get any tax benefits.

Municipal bond funds recorded consecutive net inflows for the last 42 weeks, according to Lipper data, with inflows this year so far reaching $36 billion, compared with $13.8 billion for the whole of 2015.

“It’s a result of the credit crisis, an aversion to debt, and trying to right size the balance sheet,” said Peter Hayes, head of municipal bonds at BlackRock.

In Corbett, since the $11.9 million bond proposal was voted down, officials in the 1,100 student school district 20 miles east of Portland are now considering a costlier private loan that does not need voter approval.

“I keep telling people the interest rates are so low,” Superintendent Randy Trani said. “But it’s not happening.”

Some voters did not want to demolish a historical building. Many are also over the age of 50 and are averse to more costs, Trani said.

“They have no connection to the school at all. It’s hard to get them to vote to pay more taxes.” 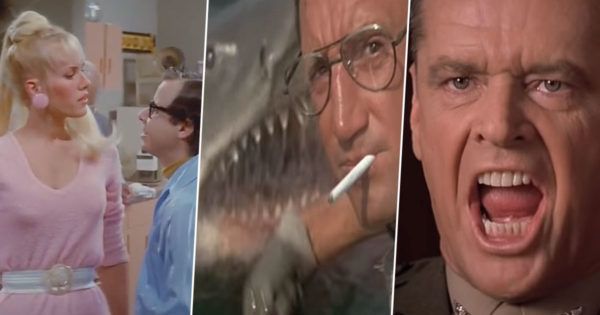 Famous Lines Not in the Script That Made the Movie Better
When directors and producers set out to make a movie, it’s easy to envision they have this perfect idea in their head from the beginning, and that idea is what ...
click here to read more
Advertisement - Continue reading below
Share  On Facebook

Elf on the Shelf Ideas That Will Blow Your Kids’ Minds