NEW YORK (Reuters) – Use of electronic cigarettes and other vaping devices has stalled in the United States as more Americans question their safety, according to a new online Reuters/Ipsos poll.

About 10 percent of the 9,766 adults surveyed between April 19 and May 16 use the devices, the same percentage as in a similar Reuters/Ipsos poll in May, 2015. This year, however, a growing percentage of participants expressed negative attitudes toward e-cigarettes. Forty-seven percent of respondents said vaping was not healthier than smoking conventional cigarettes compared with 38 percent who felt that way a year ago.

Forty-three percent said they did not believe vaping could help people quit smoking compared with 39 percent who held that view in 2015. A majority of participants – 66 percent – say that vaping can be addictive compared with 61 percent in 2015. Additionally, 49 percent said this year that it could have a similar effect to that of second-hand tobacco smoke compared with 42 percent last year. (Graphic:http://tmsnrt.rs/1TFMLBk)

The growing concerns about the devices could hit their already slowing sales, especially for smaller e-cigarette and vaping companies. Many of these brands have lost market share to big tobacco companies, such as Altria and Reynolds American Inc. Some do not expect to survive with new U.S. rules to regulate the e-cigarette market.

“In some ways, a move away from e-cigarettes is actually positive for Altria and Reynolds,” said Morningstar analyst Adam Fleck, pointing out it may help sustain sales of conventional cigarettes, whose margins are much higher.

Sharra Morris, 42, a mental health counselor in Moore, Oklahoma, started using e-cigarettes in February despite some misgivings about their safety. She tried vaping to help her quit smoking regular cigarettes.

“The question now is: are they really safe?” said Morris, who likes to vape using liquids flavored to taste like Fruit Loops cereal and Snickerdoodle cookies. “What will they tell us in 20 years?”

E-cigarettes are metal tubes that heat liquids typically laced with nicotine and deliver vapor when inhaled. The liquids come in thousands of flavors, from cotton candy to pizza.

Use of the devices has grown quickly in the last decade, with U.S. sales expected to reach $4.1 billion in 2016, according to Wells Fargo Securities. Sales were down 6 percent in the first quarter of 2016, however.

The healthcare community remains deeply divided over the devices. Some healthcare experts are concerned about how little is known about the potential health risks. They are especially worried about rising teen e-cigarette use, and fear that may get a new generation hooked on nicotine.

Some support them as a safer alternative to tobacco smoke for smokers who have been unable to quit.

Dr. Michael Siegel, a professor at the Boston University School of Public Health, has advocated vaping as a way to wean smokers off conventional cigarettes. He blames negative publicity for the growing concerns about the devices, and believes most are unwarranted.

“There have been public health scares, and they are working,” said Siegel. “They are dissuading a lot of people from trying these products.”

The U.S. Food and Drug Administration issued its first rules regulating e-cigarettes earlier this month, banning their sale and advertising to minors and requiring that manufacturers submit their products for approval.

At least one lawsuit has been filed in response to the new rules and more are expected. Many smaller companies say the testing requirement is too burdensome because it will cost hundreds of thousands of dollars per product, and they often manufacture dozens. They say the rules favor the large players, such as Altria and Reynolds.

Companies selling in the United States are banned from marketing the products as smoking cessation devices. About three-quarters of people who switch between e-cigarettes and traditional cigarettes said in the Reuters/Ipsos survey they tried them to quit conventional cigarettes, but still smoke tobacco “on occasion.”

Many are like Michael Whittaker, a 47-year-old delivery driver from Halifax, Massachusetts, who took up vaping a few months ago. “I figured it might be better for me and I might smell better.”

Now he is trying to cut back on both, which is common for dual users.

About 80 percent of people who switch between e-cigarettes and traditional cigarettes said they vape “in places where regular cigarettes are prohibited,” such as public buildings, or “when I’m near people who don’t like tobacco smoke.”

About half of those who currently vape or said they used e-cigarettes in the past said friends and family encouraged them to try the devices. The Reuters/Ipsos poll has a credibility interval, a measure of its accuracy, of plus or minus 1.1 percentage point for all respondents and 5.6 percentage points for questions asked of people who switch between conventional and e-cigarettes.

A concern for healthcare professionals is that while 29 percent of those who stopped vaping said in the poll they “quit all nicotine products,” almost half returned to conventional cigarettes.

Of those who went back to traditional tobacco products, 57 percent said they returned to conventional cigarettes because vaping was not satisfying, and 10 percent said it was not convenient enough. U.S.-approved smoking cessation products and strategies include medications, patches and counseling, many of which are now covered by insurance.

“We think there are certainly more and better ways to help smokers to quit,” said Erika Sward of the American Lung Association. “When you’re going to e-cigarettes, you’re not quitting, you’re switching,” she said. 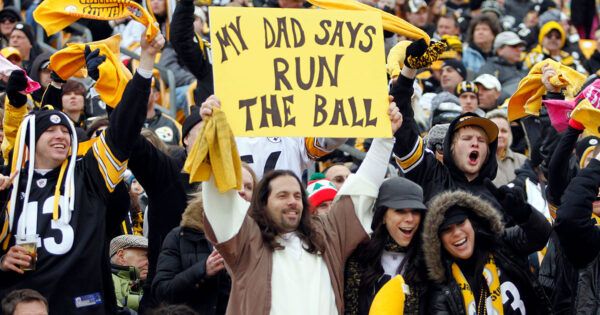 The Funniest, Most Clever Fan Signs at Sporting Events
Sports fans are a rare breed. They’re incredibly passionate, loyal, and fanatical, and they tend to wear their hearts on their sleeves. And when they attend an event in person, ...
click here to read more
Advertisement - Continue reading below
Share  On Facebook

Sales to people on terrorism watch lists should be delayed: NRA

Steer Clear of Planting These Troublesome Trees in Your Yard

See the Beautiful Wives and Girlfriends of Professional Athletes