Nine of 22 defendants, including tutors and owners of private “test-prep” schools, appeared in a Seoul court for their first hearing, charged with illegally obtaining SAT college entrance exam test papers and offering them to pupils.

Their lawyers have said their clients are not guilty of copyright infringement.

The trial began after the test’s administrator, the Educational Testing Service (ETS), provided documents to the court in March following Reuters inquiries to the company about what South Korean authorities said was a lack of cooperation.

Defence lawyers said on Monday their clients had used publicly available tests for their prep courses and their actions did not constitute copyright infringement because they had no intention of making a profit or violating fair use rules.

“Without any intent to infringe copyright, some materials were copied and used when students did not have their textbooks. It is not considered as profit-making,” Oh Seung-hyun, a lawyer representing five of the defendants, told the court.

Another defendant, charged with obstruction of the test administrator’s business by hiring people to take SAT tests to memorize questions, did not reconstruct and distribute what his part-timers learned, Oh said.

Cheating at international SAT testing sites has been a problem for years.

In May 2013, the U.S. College Board, which owns the SAT, canceled the sitting of the exam in South Korea because of leaked questions. It was the first time the organization scrapped an SAT sitting across an entire country.

However, South Korean authorities said their investigation had been hobbled by a lack of help from the ETS.

Last September, a year after the request, an official with the Seoul Central District Court told Reuters that ETS had yet to respond.

The trial started after ETS provided the documents in March. 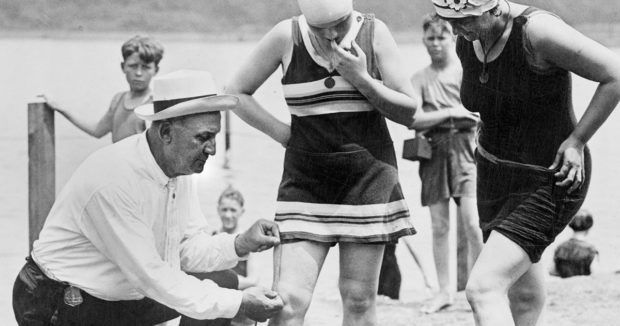 All the Everyday Things Women Couldn’t Do in the 1900s
The struggles women went through to gain their voting rights in the early 1900s are well known. It was a political fight that lasted decades until the 19th Amendment was ...
click here to read more
Advertisement - Continue reading below
Share  On Facebook

Beware Those Who Enter! Super Creepy Places You Can Visit