NEW YORK (Reuters) – Overall sales plunged by about half and home prices fell sharply in the second quarter in the toniest enclaves of the Hamptons, New York’s weekend haunt for the wealthy, as stock market jitters earlier in the year damped the appetite to buy.

Total sales volume in East Hampton fell 53 percent from a year ago to $44.7 million as the median sale price fell 54 percent to $2.38 million, according to realtor Town & Country Real Estate.

In Southampton, total sales fell 48 percent from the second quarter of 2015 to $45.3 million, with the median sale price falling 21 percent to $1.65 million, data showed.

Only 12 homes were sold in East Hampton and 17 in larger Southampton, due to a lack of inventory and because sales typically lag when the stock market underperforms, said Judi Desiderio, chief executive at Town & Country.

“This is just a shift of the needle that I expected because 2014 was a high cycle for the high end,” said Desiderio, who says luxury home sales in the Hamptons run in seven-year cycles.

The stock market surged 30 percent in 2013, with record sales in excess of $100 million set the following year.

In the 12 submarkets that make up the Hamptons, sales volume slipped 18 percent from a year ago, with the median price falling to $999,000 from $1.1 million, Town & Country data showed.

Third-quarter sales should pick up, in part because Wall Street touched record highs the past week and because the summer months are usually better, Desiderio said. 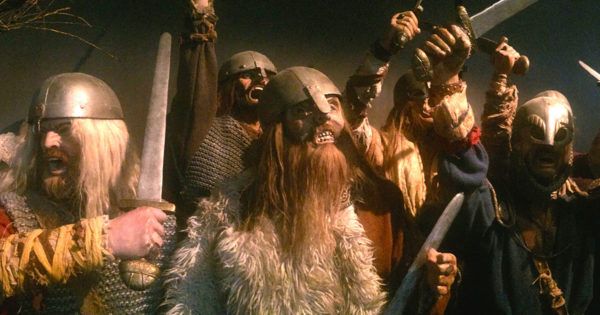 Do You Know True Viking History? Test Your Knowledge of Facts and Myths!
Most of what society knows about the Vikings is somewhat embellished from the truth. Thanks in part to pop culture — like the History Channel’s Vikings — there are a ...
click here to read more
Advertisement - Continue reading below
Advertisement - Continue reading below
Share  On Facebook