CANNES, France (Reuters) – Iranian director Asghar Farhadi, who is on course for the Palme d’Or at the Cannes Film Festival with “The Salesman”, sees art as a form of resistance.

His latest film centres around a couple who find their middle class intellectual life ripped apart after the wife is assaulted in her home in Tehran. They try to go on, notably playing in Arthur Miller’s ‘Death of a Salesman’ at a local theatre.

After “A Separation”, which won Best Foreign Film at the 2012 Oscars, Farhadi has plunged into daily life in a Tehran ravaged by real estate speculation.

“The oldest, the most ancient relationship in human history is the couple’s relationship, the love relationship between a man and a woman,” Farhadi told Reuters in an interview on Saturday before the film’s premiere in Cannes.

“But even being that old and classical, we still feel that there’s a lot to discover, because as soon as a man and woman come together all of the problems and difficulties arise from scratch, as if there was no lesson to take from what has gone before.

“Because of these complexities I feel that this is potentially the richest relationship to work on and create stories about.”

These themes also offer a way of resisting.

“Cinema is one of the most surprising and unexpected phenomena in Iranian society. Given the pressure under which the Iranian population live, nothing like cinema, like art should exist because in a way it should have been eliminated by the situation,” he explained.

“But it has been the exact opposite: there has been this response to the pressure, the oppression, by creating and by being all the more creative and spontaneous.

“Of course there have been ups and downs but over the year there has been a very vivid and active trend of making new and diverse films and this is something that I feel very grateful to be a part of.” 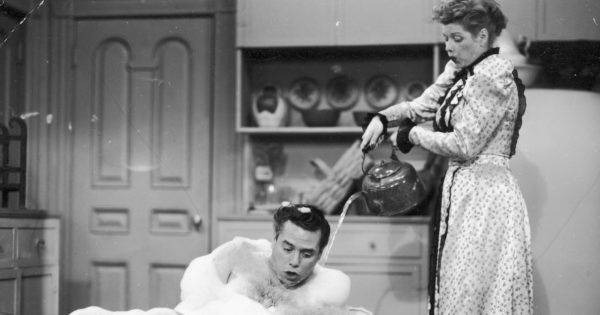 Fun Facts You Didn't Know About 'I Love Lucy'
I Love Lucy entered America’s imagination and hearts over 60 years ago when it premiered on CBS. Lucy and Ricky Ricardo became an integral part of American culture for the ...
click here to read more
Advertisement - Continue reading below
Share  On Facebook

New York Fashion Week breaks out designs for all seasons

Hollywood Celebrities and Their Pampered Pets