Fogle, 38, who became famous after losing weight on a diet that included sandwiches from the fast-food chain, pleaded guilty on Nov. 19, 2015, to charges of child pornography and traveling for illicit paid sex with minors.

But he appealed his sentence by a U.S. District Court in Indiana of 188 months in federal prison, saying it was longer than indicated by sentencing guidelines and inappropriately imposed.

His appeal was rejected in a ruling by the 7th U.S. Circuit Court of Appeals.

Subway fired Fogle when reports emerged that he would plead guilty in the case. He has already begun to pay $1.4 million in restitution to 14 victims who are minors.

Prosecutors said Fogle obtained child pornography given to him by Russell Taylor, the former director of Fogle’s charitable foundation, including videos he taped of minors without their permission, using hidden cameras in his homes in Indiana. The foundation involved educational programs about childhood obesity.

In his appeal, Fogle’s attorney, Ronald Elberger, said the sentence handed down by U.S. District Judge Tanya Walton Pratt was based on things his client did not actually do, including producing child pornography or acting on fantasies of having sex with minors.

But U.S. Attorney Steven DeBrota said the punishment was justified, because Fogle knew some of the minor victims by name and on a personal level.

The sentence was more severe than either side had wanted. The prosecution had sought 12-1/2 years in federal prison, while Fogle’s attorneys had asked for five years. Fogle also was fined $175,000.

An attorney for Fogle did not immediately respond to a request for comment on Thursday. 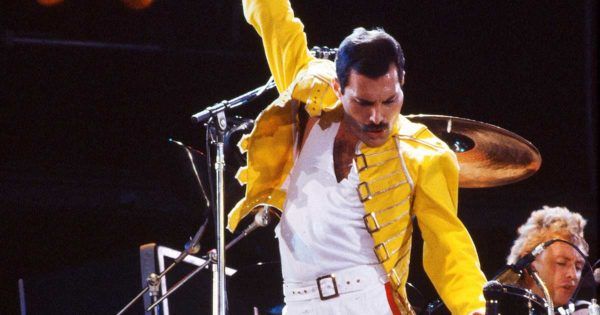 Queen: Freddie Mercury’s Inspiring and Tragic Life
Queen frontman Freddie Mercury was arguably the greatest singer and frontman of all time. His lyrics and voice were both forces of nature, but behind it all was a complex ...
click here to read more
Advertisement - Continue reading below
Share  On Facebook

The Most Daring Red Carpet Looks at the SAG Awards