The mystery of the Zodiac Killer has plagued the public for more than 50 years now, and remains the single most famous unsolved murder case in American history. Thanks to the killer’s famously code-riddled letters to the media, authorities still haven’t gotten a perfect grasp on who the culprit really is, but today they have new leads that may just change the course of the case. This is the bizarre true story of the Zodiac Killer and what investigators now know about the case.

Who Was the Zodiac Killer?

In the late 1960s, five people were murdered in the San Francisco Bay Area by a man who called himself “The Zodiac.” The Zodiac wrote letters to various media outlets in the area, taunting authorities and investigators and threatening to go on a killing spree if they declined to publish said letters. Although authorities only obtained substantial evidence to identify seven victims in total (two of whom survived the attacks), the killer claimed he had actually murdered 37 people in total between 1968 and 1969.

The Zodiac Killer famously wrote his letters using cryptograms and ciphers, and signed his name at the end using the pictured (below) symbol. On August 1, 1969, he sent out three letters, respectively, to the Vallejo Times-Herald, the San Francisco Chronicle, and the San Francisco Examiner. All three letters were nearly identical, but each contained one-third of a 408-symbol cryptogram – which the killer claimed held the missing information about his true identity. The San Francisco Chronicle published the letter the next day on page four, and the other two followed suit at a later time.

Then-police chief Jack E. Stiltz publicly requested that the Zodiac Killer send in more information to prove his identity, which the killer obliged in a letter to the San Francisco Examiner on August 7, 1969. “Dear Editor, this is the Zodiac speaking,” he began in the letter. He then went on to provide vague details about a few of his murders, and urged authorities to try to crack the rest of the code he had written in order to figure out his identity.

On August 8, Donald and Bettye Harden cracked the 408-symbol code, which revealed a chilling message: It read that the killer was murdering people in order to collect “slaves” for the afterlife. But still, he did not reveal his true identity and continued writing letters to authorities through 1970. On April 20 he wrote, “My name is” followed by a sequence of 13 characters that has yet to be deciphered.

Authorities have only publicly named one suspect in the Zodiac Killer case: Arthur Leigh Allen, who was a former elementary school teacher and convicted sex offender who passed away in 1992. Allen had been subjected to several search warrants of his home over the span of 20 years and had received an other-than-honorable discharge from the United States Navy in 1958.

In October 2021, a group of former prosecutors, police and intelligence officers who call themselves the Case Breakers, have identified another potential suspect using new physical, forensic, and eyewitness evidence to solve the case. The suspect, whose name is Gary F. Poste, reportedly had similar scars on his forehead to those in a police sketch of the Zodiac Killer. The Case Breakers also claimed that Poste’s name could be spelled out in an anagram written by the Zodiac Killer.

“I absolutely feel we solved this case,” Tom Colbert, a member of the Case Breakers, told the San Francisco Chronicle. But unfortunately, not everyone agrees. Another investigator named Tom Voigt claimed that no eyewitnesses had described the killer as having scars on his forehead, calling the findings “BS.”

As for Arthur Leigh Allen, investigators were never able to gather up enough evidence to officially declare him as the Zodiac Killer. Others also noted that his handwriting did not resemble the handwriting in the killer’s letters.

As of 2021, the case is still open, and police still regularly receive tips and evidence from the public and investigators. So, will we ever know the true identity of the infamous Zodiac Killer? It’s hard to say, especially since we don’t have official DNA evidence from either the killer or his victims. So for now, the case remains unsolved. 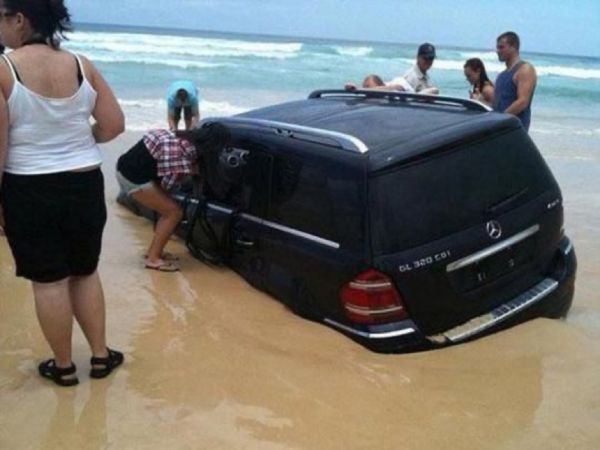 Hilarious Parking Photos
As long as we exist in a car-propelled society, cases of extreme parking failures will shower the internet in all of their glory. After unchecked drivers get away with parking ...
click here to read more
Advertisement - Continue reading below
Share  On Facebook