By Daniel Wiessner and Dan Levine

(Reuters) – The International Association of Machinists and Aerospace Workers trumpeted an agreement reached earlier this month to represent New York Uber drivers, saying it “gives organized labor an opportunity to shape the new economy in a way that supports and values workers and their families.”

But not everyone in the U.S. labor movement is cheering.

The deal falls short of actual union representation, and it has revealed sharp divisions among labor advocates about how to address a central reality of the so-called gig economy: The classification of workers as independent contractors rather than employees.

Under the terms of its agreement with Uber Technologies Inc [UBER.UL], the Machinists will form an “Independent Drivers Guild” that will be able to intervene with the company on behalf of wrongly terminated drivers and negotiate for benefits, such as disability insurance and roadside assistance.

The Machinists also agreed to refrain for five years from organizing strikes or unionizing drivers and said they would not push regulators to change the status of drivers from contractors to employees.

Bhairavi Desai, executive director of the New York Taxi Workers Alliance, decried the deal as a “historic betrayal” of drivers because it gives up their most important tools to achieve economic power.

She said her organization had been in talks with the Machinists about collaborating on a driver unionization campaign before the agreement with Uber. The Machinists had successfully organized car service drivers in the past, and Desai said her group believed a similar path would work with Uber drivers.

Jim Conigliaro Jr, general counsel for Machinists Union District 15, said the agreement can help Uber drivers earn more money and work under better conditions in the short term. Longer term, if the National Labor Relations Board were to rule that drivers should be classified as employees, then a unionization drive would be possible.

“To us this deal is the best of both worlds,” Conigliaro said.

THE CHANGING NATURE OF LABOR

Rideshare companies say contracting, rather than employing, workers keeps costs down and provides the flexibility drivers say they want.

But contract workers are not entitled to the same legal protections employees enjoy, including minimum wage guarantees and overtime pay.

Organized labor has struggled with how to react with the new realities of the rapidly growing part of the economy dominated by gig, or temporary and contract, workers. Some union officials have argued it’s crucial to engage in new ways with the changing nature of labor, while others have doubled down on traditional organizing.

Traditional collective bargaining does not work with on-demand tech companies, but new models, such as the Uber deal, can introduce worker organizing, he said.

Last month, the SEIU drew flack from another union, Unite Here, for negotiating with internet-based home rental company Airbnb Inc to encourage its hosts to hire union-approved house cleaners who would make at least $15 an hour.

The deal was abandoned after Unite Here, which represents hotel workers, attacked the arrangement as “cheap cover” for Airbnb.

“We are appalled by reports that SEIU is partnering with Airbnb,” Unite Here spokeswoman Annemarie Strassel said at the time. She accused the rental service of “driving up housing costs and killing good hotel jobs in urban markets across North America.”

Seth Harris, a Washington D.C. lawyer who was deputy U.S. labor secretary from 2009 to 2013, said both unions and companies like Uber are formulating strategies for the new labor market in the face of outmoded labor and antitrust laws that restrict their options.

“Both sides are hemmed in, so they have found a way to navigate the narrow path those laws have carved for them,” Harris said.

The Machinists are not the only union to engage with Uber drivers. Earlier this year, the International Brotherhood of Electrical Workers launched a campaign to represent 600 of the company’s drivers at New York City’s LaGuardia Airport. The union, which like the Machinists is affiliated with the AFL-CIO, backed off after the Machinists launched their drive.

Last month, Uber agreed to settle a lawsuit brought by California and Massachusetts drivers for up to $100 million. Drivers would remain independent contractors under the deal, but Uber said it would help establish an association for them to communicate with the company.

The next day the Teamsters, in conjunction with worker rights group Silicon Valley Rising, announced it would launch a driver association in California. Kara Deniz, a spokeswoman for the International Teamsters, said it is difficult to predict what kind of organization will ultimately be formed.

“As a union whatever we do will be based on discussions with the drivers and their wishes,” Deniz said.

The Machinists’ deal could make it difficult for other labor groups to take a harder line with Uber, unless drivers are united and clear in their demands, said Catherine Fisk, a labor law professor at the University of California Irvine.

“In the end what any worker organization can get is a function of the solidarity of the workers,” she said.

In Seattle, Uber and Lyft drivers worked with the Teamsters to lobby officials for an ordinance allowing them to bargain collectively. The U.S. Chamber of Commerce filed a lawsuit to block it, which is pending.

Fasil Teka, an Uber driver who helped found the App Based Driver Association in Seattle, said collective bargaining – and the ability to strike – was his main reason for organizing.

Otherwise, he said, “there would be no point in having a union.”

The one thing all sides agree on is that the struggle over how to organize labor in the new economy is just beginning, and for some observers, that’s not a terrible thing.

“Unions are in a state of crisis and are desperately trying to figure out a model to stay relevant,” said Phil Wilson, president of the Labor Relations Institute Inc, which casts itself as “the preeminent firm in countering union organizing campaigns.” 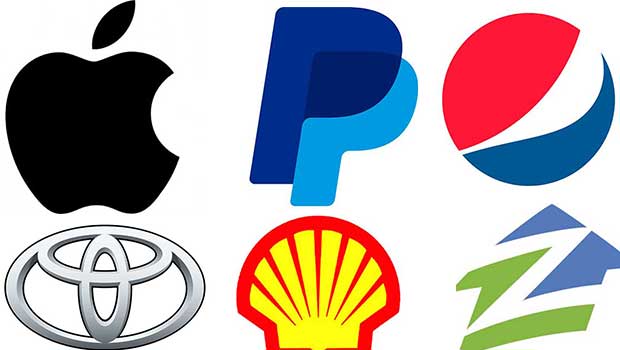 Can You Name These Company Logos?
You see these logos all of the time. They are the businesses, organizations and brands that you’ve come to live with it. You’ve shopped in their stores, bought their products, ...
click here to read more
Advertisement - Continue reading below
Share  On Facebook