NEW YORK, June 21, 2017 /PRNewswire-USNewswire/ — Through its Sincerely, Us campaign, DoSomething.org, the largest tech company exclusively for young people and social change, has activated its members to create 41,287 handmade Happy Ramadan cards, which are being distributed to each of the 2,300+ mosques in America.

In 2015, hate crimes reached a post-9/11 high, according to data from the Pew Research Center, and initial data from 2016 and 2017 doesn’t indicate much improvement. That’s why DoSomething activated its members to send a giant outpouring of support to our 3.3 million Muslim American neighbors during the holy month of Ramadan.

“DoSomething has 5.5 million members representing every state and every political ideology,” says Aria Finger, CEO & Chief Old Person of DoSomething.org. “Despite their differences, these young people have come together to stand up for religious freedom. They believe that Muslim Americans deserve the same respect as any other American, and their 41,287 cards send a clear message that this generation supports our Muslim American neighbors during these difficult times.”

DoSomething.org members such as Alexis, 18, felt especially compelled to participate because of her deep connection to the campaign’s purpose. Alexis, who is passionate about art, has created over 1,300 personalized cards and is committed to showing her support to her Muslim-American neighbors through “Sincerely, Us.”

“Before this campaign, I had no idea of what Ramadan was,” said the Connecticut native. “Learning that it’s a special time for Muslims, where they focus on community, charity, and compassion, made me feel compelled to participate in this campaign. To me, no matter what we believe, as Americans and as people, we should feel safe and wanted in this country. I hope the cards I make will spread love to everyone who reads them.”

DoSomething.org has created a PSA (viewed here) that serves as an open letter to Muslim Americans, and a call to action for others to support the campaign.

Teen Vogue served as DoSomething’s editorial partner throughout the campaign, and popstar Lauren Jauregui of Fifth Harmony joined Amani Al-Khatahtbeh, founder of MuslimGirl.net, for Sincerely Us-themed takeover of Teen Vogue‘s Instagram.  They also shared a gallery of young people who participated in the campaign on their website.

DoSomething also teamed up with Shoulder to Shoulder, a national campaign of religious denominations and faith-based organizations working to stand in multi-faith solidarity against anti-Muslim sentiments. Shoulder to Shoulder worked with local mosques to arrange visits during iftars, the nightly breaking of the fast. A list of mosques open and willing to host people for a visit can be found here.

“Sincerely, Us” will officially end on June 30, but we invite you to visit DoSomething.org/Sincerely to learn more about this campaign, and search our other 270+ campaigns to find ways that you too can make a positive impact in your own community.

DoSomething.org is the largest tech company exclusively for young people and social change. We’re activating 5.5 million young people (and counting!) to make positive change, online and off, in every US area code and in over 131 countries. When you join DoSomething.org, you join something bigger than yourself. You team up with the young people who have clothed half of America’s youth in homeless shelters. And cleaned up 3.7 million cigarette butts from the streets. And run the largest youth-led sports equipment drive in the world. And more! You’ve got the power and the passion to make an impact — we’ll help you get it done.

Teen Vogue is the destination for the next generation of influencers. They educate, enlighten, and empower young women, arming them with all they need to lead stylish and informed lives. Teen Vogue, launched in February 2003, publishes 4 issues a year, has a circulation of more than 1 million, and delivers 27 million-plus monthly impressions through a combination of print, TeenVogue.com, more than 15 social media platforms, and a robust video channel.

At home or abroad, buildOn’s goal is to break the cycle of poverty, illiteracy and low expectations through service and education. Across the U.S., buildOn empowers urban youth to transform their neighborhoods through intensive community service and to change the world by building schools in some of the economically poorest countries in the world. Since 1991, buildOn has constructed over 1,100 schools worldwide, with more than 142,000 children, parents, and grandparents attending these schools every day.

About Shoulder to Shoulder

Shoulder to Shoulder is a national campaign of religious denominations and faith-based organizations working to stand in multi-faith solidarity against anti-Muslim bigotry and discrimination in the United States. Founded in November 2010, Shoulder to Shoulder works not only on the national level with our 35 national member denominations and organizations, but offers strategies and support to local and regional efforts to address anti-Muslim sentiment. 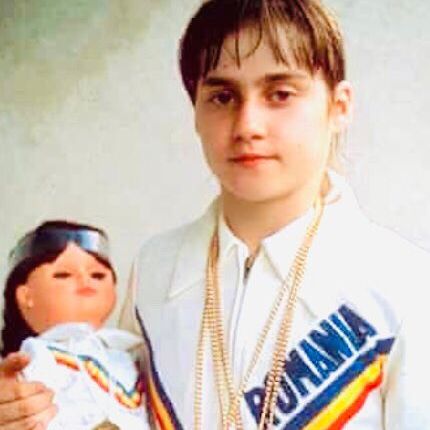 The World’s Best Gymnast 40 Years Later: What Happened to Her?
As the first person to score a perfect 10 in gymnastics history, Nadia Comaneci quickly became one of the most decorated gymnasts of all time, even to this day. She ...
click here to read more
Advertisement - Continue reading below
Share  On Facebook