Welcome To The Land Of Oz, An Eerily Abandoned Wizard Of Oz Theme Park

The Wizard of Oz is a staple of many people’s childhoods. The story was initially released in 1939, and it’s a fantastic tale of an eccentric party led by Dorothy through the magical land of Oz. It’s spawned multiple movies and merchandise, as well as theme parks.

While The Land of Oz might have seemed like a good idea at one point, it’s since been abandoned and seems much less so now. The theme park is located in Beech Mountain, California and it likely wasn’t intended to look so creepy. We can’t imagine it appearing light and fun, even when it was open.

It first opened in 1970 and was fully operational until it’s downturn in 1980. Now it opens on weekends during the summer months and for special events throughout the year.

Since it’s inception, a large number of the 44,000 total bricks have been stolen. Somewhere, someone is constructing their own miniature version of the Yellow Brick Road. Maybe they’ll have the good sense to paint the bricks the right color first.

Auntie Em’s Kansas Abode was another treasured part of the Oz story, but here it appears to be much more rocky and overall dissimilar in comparison to the movie version. Another strike against the Land of Oz!

Tributes to the main characters in the story are littered throughout the park, but if they look anything like this lion statue then we’re not a fan. You’d think they would’ve taken a page from Disney and used a person in a cowardly lion suit instead. This statue is simultaneously creepy and lame.

Although the park has been overcome with age and lack of maintenance, the creep trees remain and appear intact. The tree reminds us of the Ents from Lord Of The Rings, and perhaps that would’ve been a much better idea to begin with. It certainly would’ve suited the landscape better.

Correct us if we’re wrong, but wasn’t Emerald City supposed to be pretty epic? This is most certainly not epic and instead appears to be some kind of lame, rock castle well-suited for children. This was probably the one thing that should not have been cheaped out on.

Despite all of its flaws, the Land of Oz is still probably worth checking out. If nothing more, it’ll be a welcome walk down nostalgia lane and likely bring back some treasured memories from childhood. Maybe someday someone will take it upon themselves to do the Land of Oz justice with a fully-tooled, no expense spared amusement park. Until then, we have this cheap lookalike to keep us content. 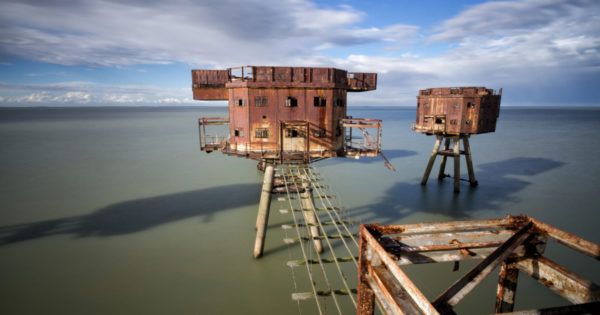 Once Common Things Millennials Have Never Heard of… Probably

Meghan Markle: What You Don’t Know About the Royal