The main goal when having an affair is to not get caught, and most of the time it seems people accomplish this by lying and carefully sneaking around. For some, however, there’s apparently another extreme and strange option…

Walburga “Dolly” Oesterreich was a German immigrant who lived in Milwaukee in the early 1900’s. She began a love affair outside of her marriage to a young sewing machine repairman that worked in her husband’s clothing factory. This 17-year old man was named Otto Sanhuber.

Shortly after meeting, Oesterreich and Sanhuber began a torrid affair that lasted for roughly 10 years. Their usual arrangement was for Sanhuber to come over to Osterreich’s house while her husband was out during the day. Once the neighbors became aware of Sanhuber’s visits and began talking about it, they were forced to come up with an alternative arrangement.

While these days people might think of meeting in a hotel or car, Oesterreich went with a different option. She had Sanhuber move into the attic of her home without her husband knowing. Although this would seem doomed for fair, somehow this actually worked out for them.

Eventually, the Oesterreich’s moved from Milwaukee to Los Angeles. You would think this would pose a huge problem to the secret affair, but Sanhuber simply tagged along. She had him head out to the new house a few days before they moved so that he could set himself up in the attic.

This strange arrangement continued to work well until the fateful night of August 22, 1922. That evening, Sanhuber heard the husband and wife fighting aggressively downstairs. Sanhuber feared for Dolly’s life, so he grabbed two pistols and burst downstairs. During the struggle, Dolly’s husband was accidentally shot, and he died immediately. The adulterous couple decided to try and set up the house like it had been broken into and been subject to a robbery gone wrong.

Sanhuber immediately fled to Canada and escaped prosecution for his role in the murder for eight years, until 1930. He still served next to no time because the statute of limitations had expired.

Once the crime was solved, Dolly Oesterreich was also prosecuted, but fortunately for her, the trial ended in a jury with most of the members voting for an acquittal. Oesterreich remained in Los Angeles the remainder of her life. Eventually, she remarried, and then she passed away in 1961. We hope her last husband wasn’t subject to the same sort of hijinks as her previous!

This unbelievable story is rife with lessons. First, try not to have an affair. Second, if you’re going to have an affair, maybe do it outside of the home! We can only imagine Otto Sanhuber hiding in the attic while Oesterreich’s husband went about his life underneath, totally unaware of anything strange.

Make sure to share this crazy story with your friends and family as a cautionary tale of what can happen when you’re unfaithful and really dumb! 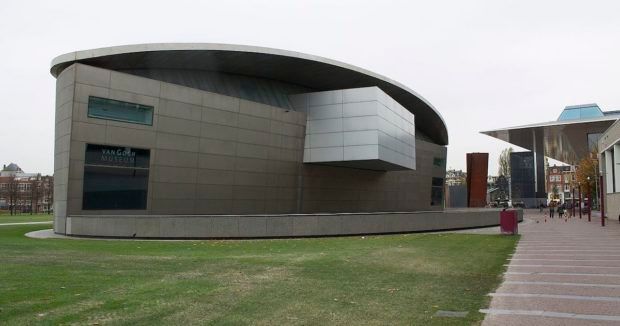 Most Expensive Things Ever Stolen
Everybody loves a good heist movie. From Ocean’s 11 to Bonnie and Clyde to A Fish Called Wanda, audiences go crazy when a group of misfits pull off the perfect ...
click here to read more
Advertisement - Continue reading below
Share  On Facebook

Most Valuable Retro Video Games That Could Make You a Fortune

We Ranked the Greatest Female Singers of All Time