May 27, 2016 | By Danielle
Advertisement - Continue reading below

If you’re a Camaro die-hard, you need to clear your schedule for the dates of June 26-28 and book a ticket to Carlisle, Pennsylvania so that you can attend the Carlisle GM Nationals. Why? Because organizers have confirmed that the first Camaro ever built, a 1967 model bearing chassis VIN N100001 will be on display.

After a relatively rough life that saw it change hands a number of times and was even used for drag racing, the car was put into storage until it was discovered in 2009. The finder eventually sold it to its current owner, who in May of 2014 completed a lengthy restoration process. Now it’s finally ready to be shown to the public again.

As the story goes, this particular Camaro was the first of 49 pilot-build cars that were mostly hand-assembled back in 1966, with the initial work done by Fisher Body of Detroit and the final assembly done at General Motors Company’s [NYSE:GM] Norwood Assembly Plant in Ohio. The car’s original specs included Grenada Gold paint, a 230 cubic-inch straight-six engine, whitewall tires, a push-button radio and a unique 110 volt static lighting display, which was utilized by GM at auto shows and sales conventions when showing the vehicle.

Be sure to SHARE to all your car-loving friends! 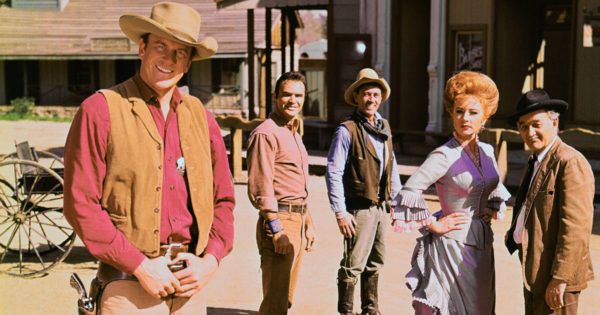 Shocking Facts About 'Gunsmoke' That You Probably Don't Know
Gunsmoke is widely regarded as one of the greatest television shows ever produced. The massively successful Western drama was a phenomenon, and America tuned in weekly for 20 years to ...
click here to read more
Advertisement - Continue reading below
Advertisement - Continue reading below
Share  On Facebook