A Florida town is now accepting applicants to move in, but the town isn’t like most across America. Babcock Ranch is being billed as America’s first solar-powered town, and its developer and first homeowners see it as the wave of the future.

The developer, Syd Kitson, has been planning the city since 2005 and has some ambitious goals in mind once it’s fully operational.

That blank sheet of paper is now a town being powered by more than 300,000 solar panels in a field roughly 440 acres large. The solar panels produce enough power not just for the town, but for neighboring areas as well.

One of Babcock Ranch’s main features are the zero-emissions autonomous shuttles that pick up residents to take them to their destination, keeping more cars off the road. The autonomous cabs are hailed via an app and are powered completely by electricity from the sun, which also powers the street lights and buildings.

In January, the first residents moved into Babcock Ranch, and at least one other family is scheduled to move there in February. When asked if it’s more expensive to live there, Kitson said no more than living in any other locale in Florida.

“The people here pay the exact same amount that everybody else pays in the Florida Power and Light network,” Kitson said.

The home prices are well within reason for many aspiring homeowners. One of the smaller three-bedroom homes goes for about $195,000. A large four-bedroom family home by the lake runs prospective buyers a hefty sum at $750,000.

One of the first residents, Richard Kinley, foresees a successful experiment with Babcock Ranch.

“I felt very much like when I bought a Tesla back in 2013 and I said, ‘This is definitely going to make.’ I felt the same way about Babcock Ranch,” Kinley said.

As of now, Babcock Ranch isn’t 100 percent self-sustaining, as the kind of solar batteries needed to power an entire town through the nighttime still are too costly. The efficiency of the solar panels also is tested during sustained periods of overcast clouds, which for the Sunshine State isn’t that often. And for those wondering how the solar panels would fair during a hurricane, Babcock Ranch has already passed its first major test.

“When Hurricane Irma hit Florida, the eye of the storm came right over the top of Babcock Ranch. Not one panel out of 343,000 panels were dislodged,” Kitson said.

Take a look at some more images of Babcock Ranch below. What do you think? A wave of the future, or is this first solar-powered town a passing fad? Tell us your thoughts in the comments. 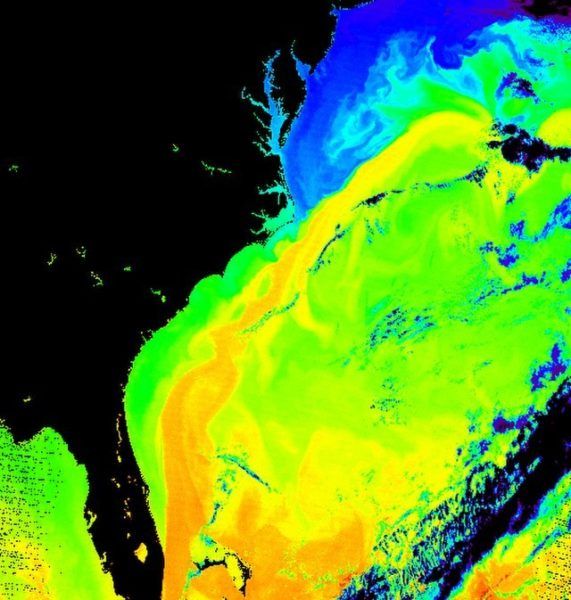 The Truth About the Bermuda Triangle is Not What You’d Expect
Dating back as far as Christopher Columbus’s time, the Bermuda Triangle has long been the source of wacky conspiracy theories and eerie stories of ships and planes mysteriously disappearing, never ...
click here to read more
Advertisement - Continue reading below
Advertisement - Continue reading below
Share  On Facebook