WASHINGTON, June 28, 2017 /PRNewswire-USNewswire/ — Faced with the growing scourge of pipeline expansion nationwide, 180 groups — including Sierra Club, Food & Water Watch, Green America, the Center for Biological Diversity, and community-level organizations — are calling for the full Senate to vote “no” on President Trump’s nominees to the Federal Energy Regulatory Commission.  The full list of 180 groups is available online at http://bit.ly/2r1xSSk.

The coalition of organizations is opposing the nominations of Neil Chatterjee and Robert Powelson because both nominees would increase FERC’s bias towards the fossil fuel industry and further marginalize communities that oppose pipelines and other fossil fuel infrastructure that damage people’s homes, livelihoods and communities.

Natural gas pipelines and infrastructure represent a clear danger to communities nationwide, and in just the past two years, explosions at transmission pipelines have caused 12 deaths and 10 injuries, as well as extensive property damage (http://bit.ly/2tSeI0h). In addition, the construction process puts communities at risk. Recently, the Rover pipeline, under construction and approved by FERC, resulted in two million gallons of drilling fluids leaking into Ohio wetlands.

Community opposition to pipelines, based on data documenting the real risks, is regularly rejected by FERC, which has approved all but one pipeline under review in the past 30 years. FERC’s rubber stamping of industry pipelines has been documented in a People’s Dossier: FERC’s Abuses of Power and Law created by Delaware Riverkeeper Network that has been presented to all US Senators (http://bit.ly/DossierofFERCAbuse).

In a related development, over 200 groups nationwide are calling on senators to hold hearings into FERC’s rubber stamping of natural gas pipelines and infrastructure nationwide and the need for reforms (http://bit.ly/2sOmUQN).

“While Democrats and Republicans in the Senate bemoan the lack of a quorum at the Federal Energy Regulatory Commission (FERC), Beyond Extreme Energy joins with frontline communities across the nation that are fighting fracked gas pipelines, compressor stations and gas export terminals in relief that no new infrastructure can be approved without that quorum,” said Melinda Tuhus of Beyond Extreme Energy.  “We carried out non-violent direct action every month at FERC for more than two years, interrupting its rubber stamping meetings, and we did it again at both the Senate hearing and the committee vote for Trump’s two nominees. This is a climate crisis and a health and safety crisis for frontline communities and we will not accept the status quo.”

“Communities in the crosshairs of natural gas infrastructure projects get educated very fast about the potential adverse impacts, yet their valid concerns are ignored by FERC,” said Karen Feridun, founder of Berks Gas Truth.  “When disasters occur like the Texas Eastern pipeline explosion in Pennsylvania last year that nearly killed a man, they are reflections of not only problems with the infrastructure itself, but of problems with the process that allowed the infrastructure to be built in the first place. It is that broken process that has brought hundreds of organizations together to pressure Congress to vote no on two FERC nominees who will make one of the worst Commissions much worse.”

“FERC is a regulator in name only,” said Todd Larsen, executive co-director of Green America. “The reality is that FERC routinely ignores the very real risks of pipelines to communities and approves pipelines and infrastructure that can cause death, injury, and millions of dollars in property damage, all while accelerating fracking in the U.S. and contributing to the climate crisis. That is why the Senate needs to vote “no” on FERC nominees and instead hold hearings into FERC’s abuses.”

Paul Gierosky is a successful businessman and homeowner in Medina, OH, who is a leader of the Coalition to Reroute Nexus (CoRN), a group focused on re-routing the Nexus pipeline away from vulnerable homes.

Marvin Winstead is a farmer in NC whose farm is bisected by the Atlantic Coast Pipeline. 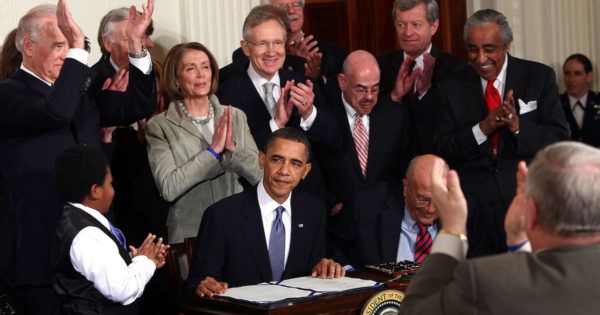 Back to the Red Zone: An Adventure Into Fukushima to Create a Photographic Documentary