ORLANDO, Fla. (Reuters) – From pulpits in Orlando and beyond, church leaders are reckoning with religious views often hostile to homosexuality after a gunman killed 49 people at a gay nightclub, with some wondering if they are contributing to breeding contempt.

At a prayer service soon after the worst mass shooting in modern U.S. history, Reverend Joel Hunter confessed he did not know how to pray for the lesbian, gay, bisexual and transgender community targeted in the attack.

“I have been searching my heart: is there anything I did that was complicit in that loss?” said Hunter, senior pastor at Northland, a nondenominational Christian church based in central Florida near Orlando, site of the Sunday morning shooting that also left 53 wounded.

The show of support from church leaders, including denominations that reject homosexuality and same-sex marriage, raised hopes that the shooting could mark a turning point for acceptance of the gay community in religious circles. Authorities have described the massacre by 29-year-old Omar Mateen as both terrorism and a hate crime.

But fears persist that the warm embrace could end after a few sermons.

“Stand with the community when there isn’t a crisis,” said Terry DeCarlo, executive director of the GLBT Community Center of Central Florida.

Orange County Mayor Teresa Jacobs said faith-based leaders were talking openly about how to support the gay community for the first time, signaling to her “a transformational moment.”

“They did not die in vain because of what is happening right now,” Sheehan said. “If you are softening your hearts, and there has been a change of heart, thank you.”

The bishop of the Catholic diocese in St. Petersburg, Florida, two hours from Orlando, wrote a poignant blog post acknowledging that religion can lay the groundwork for the violence seen in Orlando.

“Sadly, it is religion, including our own, which targets, mostly verbally, and also often breeds contempt for gays, lesbians and transgender people,” Bishop Robert Lynch said.

On Sunday, First Baptist Orlando Pastor David Uth plans to use his pulpit to remind his 19,000-member congregation that even if they do not agree with people’s lifestyle, they should remember that God’s love encompasses all.

“We’re the worst at really, genuinely loving like Jesus,” he said of Baptists, calling it a church failure that gays and lesbians feel unwelcome in its pews. “That we own completely. We apologize.”

This week, the Southern Baptist Convention at its annual meeting passed a resolution rejecting same-sex marriage and transgender bathroom rights, even as it separately condemned the mass shooting in Orlando.

The Reverend Terri Steed Pierce is senior pastor at Joy Metropolitan Community Church, which serves the gay community, about one mile away from the club where the shooting took place.

She was incensed after being left off the roster of pastors at the service earlier this week that was attended by the region’s top elected officials.

“I’m a gay pastor of a gay church, and our people were the ones gunned down, and yet we weren’t invited to the table,” she said. “We continue to be relegated to the margins, even in the faith community.”

The organizers of the event said it was hastily planned and Steed Pierce was not purposefully excluded.

After a separate news event a day later, Steed Pierce said only one other religious leader came up to talk to her. He remarked that he was a sinner, too, she said.

“I am stopping you right there,” she said, recalling their conversation. “I am not sinning. I am being who God created me to be.” 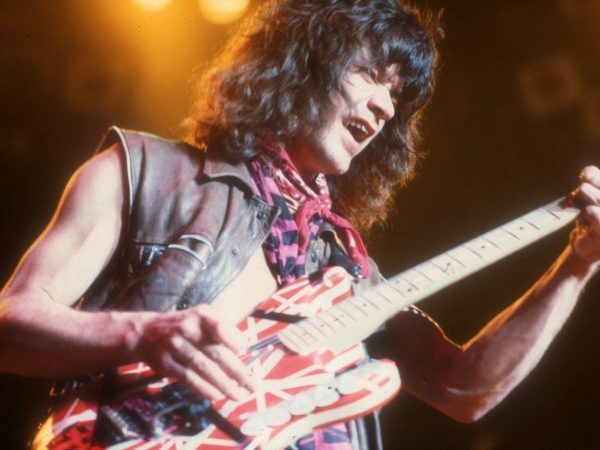 The Greatest Guitarists in the History of Rock ‘n’ Roll
As soon as rock ‘n’ roll came into being in the 1950s and essentially invented pop music as we know it, the guitar became the genre’s symbol. Even as pop ...
click here to read more
Advertisement - Continue reading below
Share  On Facebook

Rolling Stones guitarist Ronnie Wood, 68, is a dad to twins

Recreational Marijuana May Be Legalized Soon in These States