(Reuters) – U.S. bluegrass pioneer Ralph Stanley, who with his brother Carter helped popularize the Appalachian music and gained late career fame through the movie “O Brother, Where Art Thou?,” died on Thursday, the family said. He was 89.

Stanley died in his sleep after a long battle with skin cancer, grandson Ralph Stanley said on his Facebook page.

“I feel so lost and so alone right now. He was my world, and he was my everything,” he wrote. Further details about Stanley’s death were not immediately available.

During a seven-decade career, Stanley, a banjoist and singer from the coal mining country of southwest Virginia, wrote or co-wrote more than 200 songs, including “Hard Times” and “The Darkest Hour Is Just Before the Dawn.”

“I wrote 20 or so banjo tunes, but Carter was a better writer than me,” Stanley said in a 2008 interview with Virginia Living magazine.

A major contributor to the so-called “lonesome” style of bluegrass, Stanley and his brother performed as the Stanley Brothers and the Clinch Mountain Boys from 1946 to 1966, according to a profile on the International Bluegrass Music Museum’s website.

As his brother’s health began to fail, Ralph Stanley increasingly began fronting as lead singer and as the face of the band. Carter Stanley died in 1966, and Stanley continued to perform into his 80s with the Clinch Mountain Boys.

After service in the U.S. Army in the 1940s, Stanley gave up plans to become a veterinarian and joined his brother to form a band.

He took a personal role in recording the soundtrack music for “O Brother, Where Art Thou?,” a 2000 film about Depression-era convicts on the lam directed by Ethan and Joel Coen.

He won a Grammy Award for his a cappella performance of the dirge-like “O Death” in the soundtrack, which became a best-selling album. 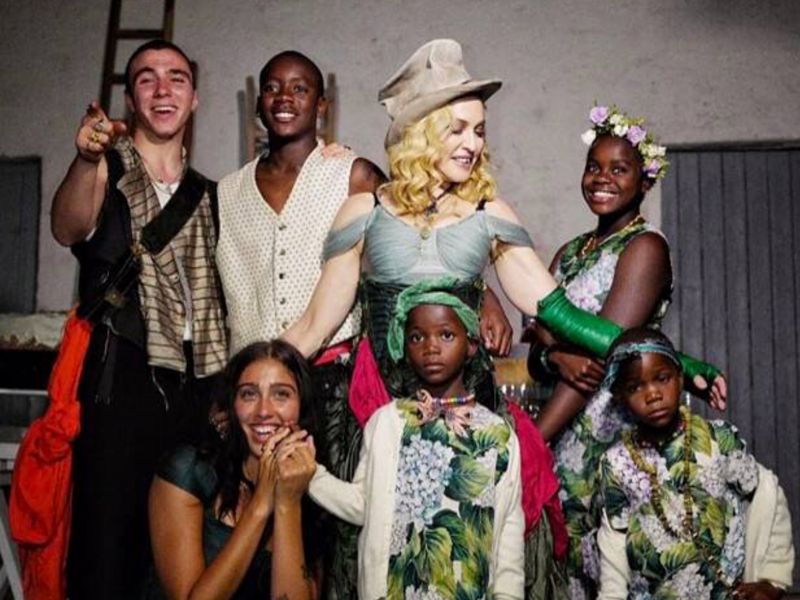 These Celebs Have How Many Kids?
Centuries ago, large families were born and raised to assist with the never-ending toil of farm work. But after decades passed, the need for and cost of establishing a large ...
click here to read more
Advertisement - Continue reading below
Share  On Facebook