WASHINGTON (Reuters) – U.S. Supreme Court Justice Samuel Alito sold his shares in Exxon Mobil Corp <XOM.N> worth up to $250,000 that had prompted him to step aside from cases involving the oil company, financial disclosure forms released on Wednesday showed.

Justices periodically recuse themselves from cases in which they might have a financial conflict of interest, such as when they own shares in a company involved in a case before the court.

Alito recused himself from a 2008 case in which the court cut the punitive damages imposed against Exxon Mobil for the 1989 Exxon Valdez oil tanker spill off Alaska from $2.5 billion to about $500 million.

In the court’s current term, Alito recused himself in an electricity markets regulation case, likely due to his ownership of shares in auto parts maker Johnson Controls Inc, which was involved in the dispute.

Alito also stepped aside in a Puerto Rico debt-restructuring law case because of his investments in funds with assets in Puerto Rico municipal bonds.

The bronze Douglass bust, estimated to be worth $6,500, was given to Thomas by businessman Harlan Crow, a contributor to conservative causes and a friend of the justice.

Justice Elena Kagan also received an expensive gift: a signed copy of a book by one of her predecessors on the court, Justice Felix Frankfurter, who died in 1965. It was given to her by the University of Chicago Law School, where she once worked.

The forms provide indications as to why justices recused themselves in certain cases. Breyer, for example, did not participate in a patent case involving Cisco Systems Inc, presumably because he owns shares in the company.

Roberts’ form showed he had not sold shares in Microsoft Corp worth between $250,000 and $500,000 by the end of 2015. In January, he participated when the court agreed to hear a class action case involving the company, suggesting he has since sold those shares.

Breyer, whose latest book was published last year, earned just over $120,000 via book royalties and a payment from his publisher.

(Reporting by Lawrence Hurley; Editing by Will Dunham) 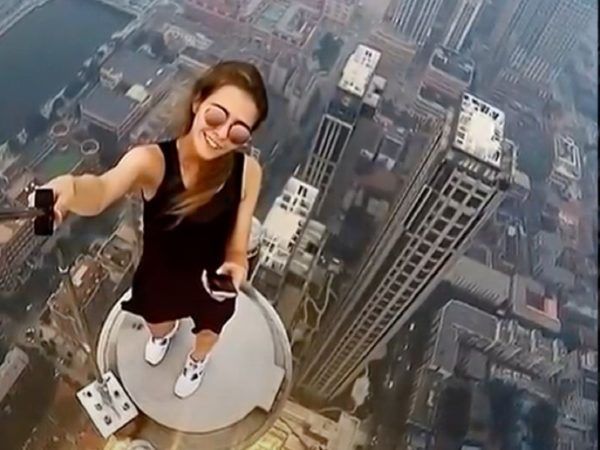 The ‘Scary Selfies’ That Take Stunts Way Too Far
The fear of heights is a very real thing for many people, which is what makes the new trend of “scary selfies” so bizarre. The selfies feature people in terrifying ...
click here to read more
Advertisement - Continue reading below
Share  On Facebook

These Were Hollywood’s Biggest Hippies