SAN FRANCISCO (Reuters) – Staff for California’s air regulator on Thursday recommended the state extend its carbon cap and trade system beyond 2020, a move supported by utilities and some environmental groups but opposed by environmental activists representing low income communities.

The show of support comes after the state failed to sell any permits covering 2016 emissions at a recent state-run auction and market participants await the outcome of a lawsuit challenging the program.

Market regulators maintained that selling the permits, the proceeds of which fund low carbon programs like the state’s bullet train, is not the primary point of the program – cutting carbon emissions is.

“The fact that there were allowances that were offered at auction but weren’t sold doesn’t say anything about the overall success of the program,” said Mary Nichols, chair of the California Air Resources Board (ARB), suggesting industries were keeping a lid on carbon emissions rather than buying permits to emit more.

ARB staff on Thursday said the state is on track to meet its 2020 emissions reduction target of returning to 1990 levels and signaled its support for an extension of the carbon pricing program out to 2030, when cuts will have to be much deeper.

Legislation that would pave the way for the program to continue into the future has yet to come up to a vote and the exact level of support by lawmakers is unclear. The legislature also has yet to appropriate about $3 billion in cap and trade revenues.

Katie Valenzuela Garcia, an activist who sits on the board’s Environmental Justice Advisory Committee, said the program should not continue without significant changes.

“I’m concerned by preliminary data from the adaptive management tool that show that the gross numbers for cap and trade facilities are going up,” she said, arguing that industries are buying carbon permits so they can maintain or increase emissions from plants.

She and others on the committee worry that carbon markets give companies the flexibility to keep their most polluting refineries and factories open and said those facilities are often located in low income communities of color.

An ARB staff member on Thursday said Washington state intends to allow businesses there to use California permits to meet that state’s emission reduction goal, a move that could boost demand for California carbon permits.

The fact that Washington wants to include California permits in its program is a testament to the state’s leadership on environmental issues, Nichols said.

California will release a draft of its plan to cut emissions 40 percent below 1990 levels by 2030 later this summer. The plan is expected to include cap and trade. 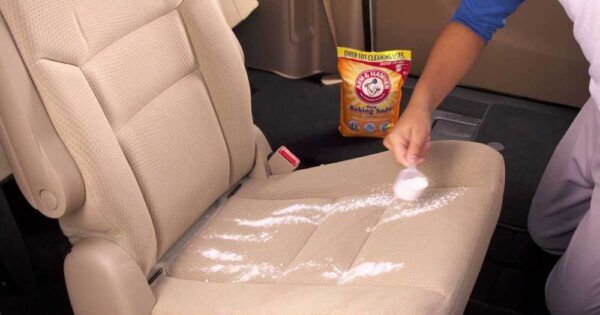 Car Cleaning Tricks That Your Body Shop Won’t Tell You About
Cleaning is nobody’s idea of a good time, and cleaning your car can be both physically and mentally draining. But when you get down to actually undertaking a cleanup job, ...
click here to read more
Advertisement - Continue reading below
Share  On Facebook