Very few places throughout the country give you the feel of the Old West like Wyoming does. With prairies, foothills, and rugged mountains, the terrain lends itself to visions of saloons, trail rides, and leaves you with a  feeling of isolation that is both chilling, yet beautiful at the same time. It comes as no surprise that one of the most haunted places in Wyoming is a hotel visited by the likes of Butch Cassidy and Buffalo Bill Cody.

It didn’t take long for the Occidental Hotel to become a popular stop in Wyoming. When it was built in 1880, the hotel was located near the Bozeman Trail. The hotel quickly established a reputation for its warm hospitality and delicious food. Some of the Occidental’s famous guests included Buffalo Bill Cody, General Phil Sheridan, and Teddy Roosevelt.

The layout of the hotel included a saloon, restaurant, and lobby on the main floor plus an additional six rooms on the second floor. Outside was home to the livery stable and kitchen. As shown in the above photographs, the Occidental Hotel had your classic Western feel. It’s even been speculated that it was the inspiration for the classic “walk down” scene that often appears in Western films.

As the years went by, the hotel began to attract visitors from all over the country. Tourists were going out of their way to drive into town and stay at the famous hotel. However, after the Great Depression struck in the 1930s, the Occidental Hotel suffered from quite some economic turmoil. Business came to a halt and the hotel management struggled to fill rooms.

After the Great Depression, business never returned to what it had been during the hotel’s early years, and they were even forced to temporarily close from 1986 to 1997. In 1997, the doors to the hotel were once again opened, sparing the site from being completely demolished. While it took 10 years of hard work, the hotel was able to regain its original atmosphere and continues to welcome visitors.

There’s another side of this hotel’s history which has it let it earn the name as one of the most haunted places in Wyoming. Rumor has it that back in the 1800s, a prostitute lived in the upstairs section of the hotel.

She had a daughter who died of cholera in the northwestern wing as a young child. It’s been reported that the spirit of this little girl has been repeatedly appearing to unsuspecting guests. Witnesses claim her hair to be long and dark as she wears a white gown.

One night when a group of hunters from Denver got snowed in, one of the men woke up screaming at 3 AM. He claims to have been shaken awake by an unknown force, who also violently threw objects around his room.

While the Occidental Hotel may not be for the faint of heart, it’s worth a shot for those that are intrigued by the spirits of the wild, wild west. 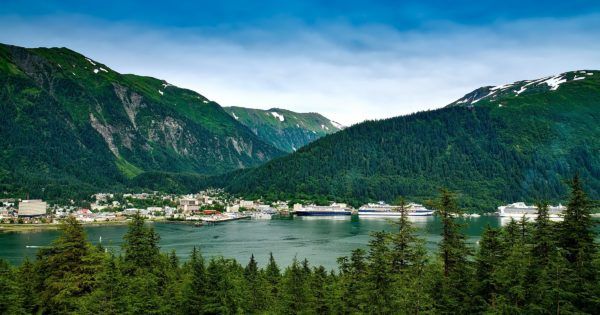 The 24 Best Small Towns in America
Small towns in America are hard to come by, simply because they’re generally off the radar. But there is no shortage of absolute gems. No matter where you’re from, you ...
click here to read more
Advertisement - Continue reading below
Share  On Facebook

Catch up With the Cast of ‘The Partridge Family’

The Surprising List of Hollywood A-Listers Who Are Military Veterans