YANGON (Reuters) – The abrupt cancellation of the screening of a film critical of Myanmar’s military has exposed sensitivities over portrayal of the army as the country deals with the legacy of 49 years of harsh military rule.

“Twilight Over Burma: My Life as a Shan Princess”, directed by Austrian filmmaker Sabine Derflinger, was pulled from the opening night of the Human Rights Human Dignity International Film Festival in Yangon on Tuesday, after being rejected by the censorship board.

The film tells the true story of Inge Sargent, an Austrian woman who married Sao Kya Seng, a prince – or saopha – of Myanmar’s Shan ethnic minority.

Sao Kya Seng, who pushed for land reform and was active in Shan politics, was detained by the military following a 1962 coup. His subsequent death has never been fully explained.

“There are certain criteria used for censoring Myanmar films. An important point is that issues that can affect unity among national races shouldn’t be allowed,” Myo Myint Maung, the deputy permanent secretary at the ministry of information, told Reuters, referring to the country’s ethnic groups.

Separatist and autonomy-seeking guerrillas from several minorities battled the central government for decades, sowing deep distrust between the army, which is dominated by members of the majority Bamar, or Burman, community.

Guerrillas and human rights groups have also long complained of rights abuses by the army. The army denied abuses and for decades portrayed itself as the only institution capable of holding the diverse country together.

“The censor board found ‘Twilight Over Burma’ can cause disunity among national races so they decided by vote that this film shouldn’t be allowed for public showing,” Myo Myint Maung said.

Derflinger, the filmmaker, did not respond to a request for comment.

A festival organiser, Mon Mon Myat, said the cancellation showed the limits of change in Myanmar, which has undergone reform since 2011 when the military stepped back from direct rule for the first time in nearly half a century, paving the way for a 2015 election won by democracy champion Aung San Suu Kyi.

“The reason is they don’t want to show the bad image of the military, so we have so-called human rights,” Mon Mon Myat told an audience that included activists, journalists and Tin Oo, party patron of Suu Kyi’s ruling National League for Democracy.

A truck of police officers was parked in front of the cinema where the film had been due to be shown on Tuesday night, and remained there on Wednesday.

In 2014, a documentary dealing with an outbreak of violence between Buddhists and minority Muslims a year earlier was pulled from the festival, drawing sharp criticism from rights groups.

Sai Aung Lwin, a prominent Shan journalist, said screening “Twilight Over Burma” was an important step in addressing the past.

“This film should definitely be allowed to be shown in public so that we can learn lessons from it for our future,” he said.

The irony that the film was censored by the government formed by the NLD, a party whose many members sacrificed years in prison for freedom of expression, was not lost on the organizers of the event.

Mon Mon Myat drew laughter and applause as she explained why the movie would not be shown.

“We have new wine, but in the old bottles.” 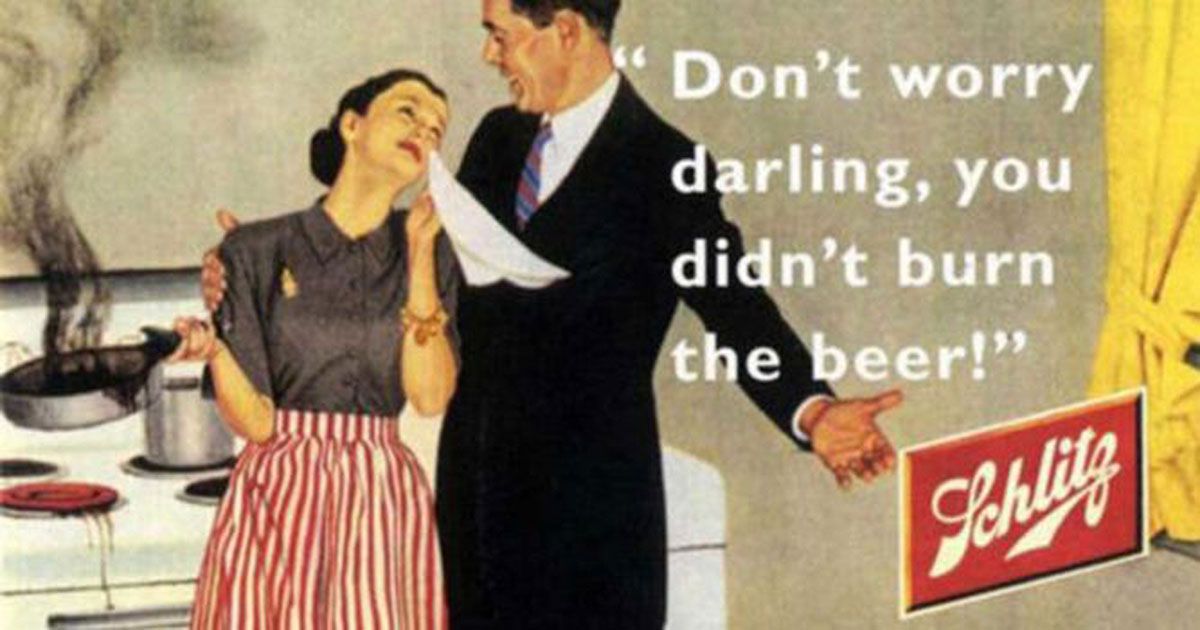 Vintage Sexist Ads: Real-Life Ads From the ‘Mad Men’ Era
Times have changed. For all the intensive airbrushing and male gaze conversations, advertising really has come a long way. Women’s bodies may still figure prominently into mainstream media, but at ...
click here to read more
Advertisement - Continue reading below
Share  On Facebook

The Most Requested Funeral Songs Of The Last Decade

The Toughest Baseball Players in History