TRENTON, N.J., June 16, 2017 PRNewswire/ — Two former employees have filed a lawsuit against two nationwide debt collection companies, accusing these companies of discriminating against Spanish-speaking employees by forcing them to comply with an English-only policy and fostering a hostile work environment in which Latinas were routinely mocked and subjected to racist comments.

“My complaint alleges that my Spanish language skills were an asset to the companies because I could communicate with the companies’ many Spanish-speaking consumers,” said plaintiff Catalina Taborda. “As I allege in the complaint, I feel as if the reasons the companies prohibited me and my Latina co-workers from speaking Spanish were discrimination and retaliation for asserting my rights.”

Her co-plaintiff, Carmen Monell, said, “I worked for almost eight years at these companies, and my speaking Spanish never interfered with my work. There was no reason for them to establish this policy.”

Taborda’s and Monell’s complaint against Florida-based Central Credit Services LLC and Pennsylvania-based Radius Global Solutions LLC alleges that the companies’ imposition of a “speak-English-only” rule violated federal and New Jersey laws barring workplace discrimination against employees based on the languages they speak, unless there is a compelling and legitimate business reason for such a rule.

“Many employers wrongly think they’re allowed to require their employees to speak only English on the job, when in fact that’s typically a violation of their civil rights,” said attorney Stacy Villalobos with San Francisco-based nonprofit Legal Aid at Work, one of the firms representing Taborda and Monell. “Especially since the 2016 elections, we’ve witnessed an uptick in incidents of language-based discrimination against immigrant workers or workers incorrectly perceived as immigrants that is disturbing.”

David Lopez of Outten & Golden LLP, a New York firm specializing in employee rights which is also representing the plaintiffs, added, “Singling out workers for derision and unfavorable treatment because of national origin characteristics such as language remains against the law.” Outten & Golden recently launched a Resistance Task Force to protect employees like Taborda and Monell and address, in part, the threat of increased national origin based discrimination in the workplace.

Taborda and Monell claim in their complaint that one of their coworkers would sing the U.S. national anthem when he heard them speaking Spanish, and a supervisor berated them for watching Spanish-language television during breaks. The complaint also alleges that Central Credit Services discriminated against Taborda and Monell by paying them less than their male counterparts and retaliated against them when they complained to management about their treatment.

Taborda and Monell, who are also represented by Glen D. Savits of the Florham Park, New Jersey-based firm Green Savits LLC, are seeking back pay, damages, reinstatement, and other relief.

About Legal Aid at Work:

Legal Aid at Work delivers on the promise of justice for low-income people. We provide free direct services through our clinics and helplines. We offer extensive legal information for free online and in trainings, we litigate individual and class actions, and we advocate for new policies and laws. Details: www.legalaidatwork.org.

Outten & Golden LLP, a 50-plus attorney law firm, represents employees in individual and class action litigation challenging employment discrimination, wage theft, and other workplace injustices. As advocates for workplace fairness, our passion and profession is to help advance the goals of employees and protect their rights against injustices. Outten & Golden LLP also recently launched a Legal Resistance Task Force to protect the workplace rights of the people and communities targeted by the actions and policies of the Trump Administration. Details: http://www.outtengolden.com and http://www.ogresistance.com. 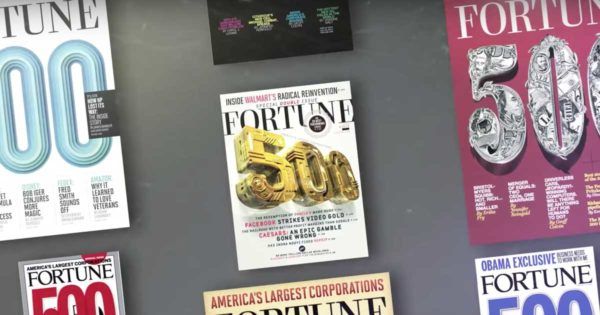 Standing the Test of Time: A Look at the Oldest Fortune 500 Companies
Dating back centuries, these Fortune 500 companies have lived through the best and the worst of times. Through recessions and economic booms, they’ve overcome and made it out on top. ...
click here to read more
Advertisement - Continue reading below
Share  On Facebook

The History and Evolution of the Rockefeller Center Christmas Tree