A woman named Leslie is known as The Tourist, as her Instagram name is __the_tourist__. She is Instagram famous for taking different pictures of abandoned buildings, a spooky obsession her and many of her followers have.

But one day, when she thought she was alone in a rundown abandoned house, she quickly discovered she wasn’t.

Lawrence was the owner of the building and had been living under disgusting conditions. Lawrence was blind in one eye, and instead of shooing this trespasser, he actually welcomed her into his home to share stories.

Leslie realized he probably didn’t have many visitors and was rather lonely, so she decided to befriend him. Instead of just leaving quickly, she decided to stay and bring him dinner and drinks. What started as an adventure to explore a spooky house turned into the beginning of a long friendship.

She even had some of her friends come to his house one day to help clean it up and make it a happier, more livable environment. Lawrence has been extremely humble and grateful throughout the entire experience, never asking for anything and constantly appreciating how great Leslie has been. Leslie describes Lawrence as having a beautiful soul and states that she hopes their experience together inspires others to reach out to strangers, or people they may have lost touch with.

Everything seemed to be going great, and the two found a new friendship within each other. Leslie often claims it to be the best experience of her life, getting to meet a stranger so open and welcoming to her throughout their time together.

But soon, Leslie realized Lawrence might not be around much longer. His health was quickly deteriorating. Lawrence only had vision in one of his eyes, and the other was quickly deteriorating because of bad cataracts. He had funeral arrangements made, and asked Leslie to be there. Leslie explained that she wouldn’t want it any other way, and plans to be by his side until the end.

Despite not having much time together, Lawrence still describes his experience of meeting Leslie as the best day of his life. He went from being a lonely old man in a rundown house to being the best friend of an Instagram star and rising to fame himself.

He eventually moved into a retirement home, where Leslie still visits him often for different dinners and friendly conversation. Leslie even visited him on his birthday and offered up a cake. She also often brings her dog for the visits, and he is quickly becoming a popular face in the retirement home.

When Leslie thought she was just getting another great set of pictures for her Instagram, she instead got a new best friend. Leslie explained to Lawrence that he is now a rather popular face on Instagram. On the first visit together, he could have easily made Leslie leave, as she was trespassing. But instead, he was a warm and kind person who ended up making a close friend for his final days. 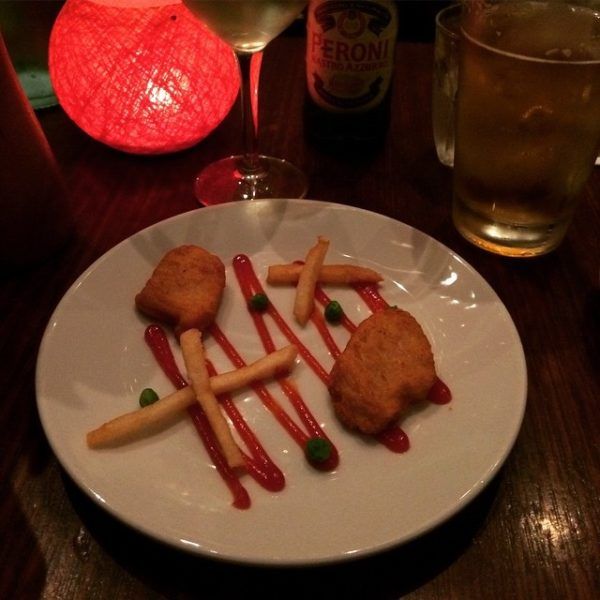 Infuriating Pics That Show What’s Wrong With Dating Today
Let’s be honest here, dating has always been terrible, frustrating, and even downright depressing at times. Not to mention, the older you get, the harder it is to find that ...
click here to read more
Advertisement - Continue reading below
Share  On Facebook

Hollywood Flame Out: From the Next Big Thing to Forgotten