CLEVELAND (Reuters) – An Ohio jury on Thursday began deliberating whether a Cleveland man convicted of murdering three women and wrapping their bodies in plastic to disguise them as trash deserves life in prison or the death penalty.

Michael Madison, 38, was found guilty on May 5 by a Cuyahoga County Common Pleas jury of three counts of aggravated murder in the deaths of Shetisha Sheeley, 28, Angela Deskins, 38, and Shirellda Terry, 18. He faces the death penalty or life in prison after the judge previously ruled him a violent sexual predator not eligible for parole.

Madison was found guilty of all 14 counts he faced, including rape, kidnapping and gross abuse of a corpse.

On Thursday, the case was sent to the Cuyahoga County Common Pleas jury, which will decide his sentence. Judge Nancy McDonnell will then make the final sentencing decision.

On Thursday, prosecutors told the jury that Madison made a choice to commit murder and was not the victim of a bad childhood.

“Michael Madison did have choices,” Assistant county prosecutor Chris Schroeder said. “Everyone agrees that Michael Madison had a choice to kill these three people.”

During the trial, prosecutors, who showed the jury grisly video of Madison’s victims, disputed defense claims that the killings were spontaneous. Schroeder had called Madison a deliberate killer who wrapped his victims in multiple layers of garbage bags and kept them close to admire as trophies.

Madison’s attorney, Mary Tylee, said Thursday that her client experienced “a toxic family culture” where physical, emotional and sexual abuse was the norm and he was “a horribly damaged human being.”

“There is no excuse. What we provided you is an explanation, a context. An answer to how we got here,” she added after asking jurors to make the “merciful verdict.”

In a bid to avoid the death penalty, David Grant, another attorney for Madison, said during the trial’s closing arguments that Madison was responsible for the women’s deaths but had not planned them. Grant said Madison was frequently impaired by drugs and alcohol.

Grant also had said Madison made no effort to cover up his crimes and told police he wanted to be caught.

East Cleveland Police found the first of the three women in July 2013 after a complaint about foul odors coming from a garage behind Madison’s apartment. The bodies of two more women were discovered nearby the next day. Madison was arrested at his mother’s Cleveland home after a two-hour standoff with police. 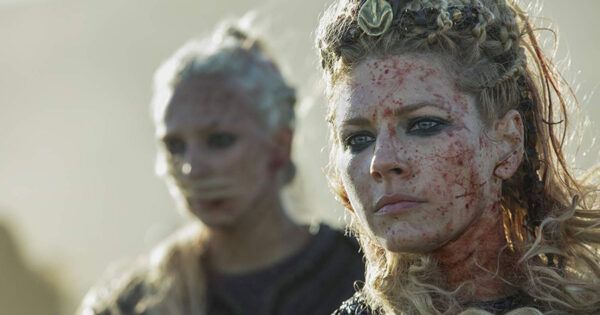 See The ‘Vikings’ Cast Outside of Their Incredible Costumes
In 2013, The History Channel debuted a historical fiction show called Vikings. Since it’s premiere, the show has steadily grown in popularity as it explores the war sagas of Viking Ragnar ...
click here to read more
Advertisement - Continue reading below
Share  On Facebook

Famous Figure Skaters: Where Are They Now?