NEW YORK (Reuters) – Corruption charges against a union leader and a financier stemming from state and federal investigations that include an examination of New York City Mayor Bill de Blasio’s campaign fundraising practices are casting a cloud over his office and could possibly complicate his re-election bid.

The arrests on Wednesday of the head of New York City’s prison guard union and a hedge fund financier accused of orchestrating a bribery scheme involving union retirement and operating funds were the first to emerge from the probes.

Although the charges were not linked to de Blasio, who won a landslide victory in 2013, the case is the first major prosecution to emerge from several overlapping state and federal corruption probes examining de Blasio’s fundraising practices, among other avenues of inquiry.

David Birdsell, dean of the Baruch College School of Public Affairs, said on Wednesday the investigations were “keeping him off message,” noting that de Blasio was on occasion having to avoid the press because of incessant questions.

On Wednesday his office said the investigations were not distracting the mayor.

“New Yorkers will vote for the candidate who gets things done for their families and communities,” said Karen Hinton, a spokeswoman for de Blasio. “That person is Mayor de Blasio.”

Still, there is evidence that the investigations are affecting the mayor’s standing, Birdsell said.

If they drag on and raise more questions they will not only be a distraction for the mayor but possibly encourage a challenge from his own party.

He said if the mayor becomes directly implicated in the investigations it would turn a contested Democratic primary mayoral race next year into a certainty from a likelihood.

On Wednesday at a public appearance, de Blasio reiterated that he was “absolutely comfortable that we have done things properly.” He has said his administration committed no wrongdoing and is cooperating fully with investigators.

News of the subpoenas came days after a leaked January report from the state Board of Elections accusing the mayor and others of intentionally evading campaign finance contribution limits in 2014.

The mayor’s counsel said at the time de Blasio had not been personally served.

The once popular de Blasio, who struck a cord with New Yorkers after 12 years of Michael Bloomberg’s mayoralty, has seen his approval rating fall to a new low in May, according to a Quinnipiac University poll.

The latest poll, conducted in the first week of June among 600 likely Democratic mayoral primary voters and published on Wednesday, showed 38 percent believed de Blasio deserved reelection while 43 percent said he did not.

The poll was conducted by NYC Deserves Better, a group formed by Bradley Tusk, a businessman and former campaign manager for Michael Bloomberg who wants a new mayor to be elected. The poll found that in a potential match up, de Blasio was neck-and-neck with City Comptroller Scott Stringer.

De Blasio brushed off questions about the poll and said he was committed to focusing on the job.

“Polls come and go. They go up. They go down. They don’t always reflect what happens in elections,” he said. “I believe fundamentally that the goal is to do the work, do it well 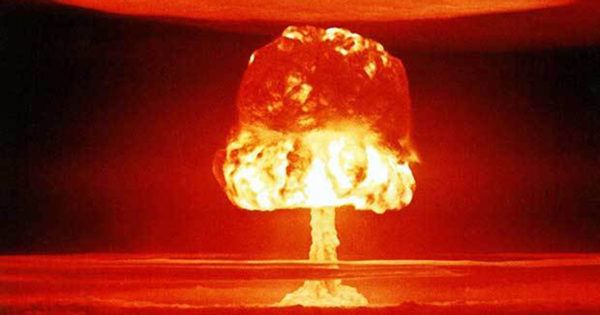 These Old Nuclear Tests Are the Scariest Things You've Ever Seen
Between 1945 and 1962, the United States conducted more than 200 nuclear tests. Although researchers used cameras to capture the destruction from each nuclear test, some of the films were not ...
click here to read more
Advertisement - Continue reading below
Share  On Facebook