Climate change could have a dangerous impact on about one-quarter of the world’s population by 2050.

According to a new study published in the journal Nature Climate Change, about one-quarter of the world could live in a state of drought by 2050. Scientists in the study claim that if the Earth’s temperature goes up to 2 degrees Celsius, drought conditions will be inevitable to 25 percent of the population.

“Our research predicts that aridification would emerge over about 20-30 percent of the world’s land surface by the time the global mean temperature change reaches 2ºC,” Manoj Joshi, the lead researcher from the University of East Anglia in the United Kingdom, explained to the Washington Examiner.

In order to prevent this enormous drought across the world, scientists suggest following the guidelines in the Paris climate agreement. The countries involved in the agreement have “a goal of making sure global average temperatures don’t rise 2 degrees Celsius.”

The Earth has already warmed 1 degree Celsius, but the attempt to reduce greenhouse gas emission would greatly improve the chances of regulating the temperature and reducing the likelihood of a drought.

Central America, Southeast Asia, Southern Africa, Southern Australia, and Southern Europe will be hit the hardest with the drought conditions. In order to combat the impact, these areas will receive funding under the standards of the Paris deal, Green Climate Fund.

The new findings leave the United States in a tricky place. President Trump pulled out of the Paris climate accord after he claimed it was “unfair” how it favored China and India.

Trump also disapproved of the amount of money needed to fund the deal. The United States is currently the only country not involved in the accord.

Trump has been skeptical of global warming in the past, and has taken to Twitter to comment on the recent spill of cold weather across the country.

In the East, it could be the COLDEST New Year’s Eve on record. Perhaps we could use a little bit of that good old Global Warming that our Country, but not other countries, was going to pay TRILLIONS OF DOLLARS to protect against. Bundle up!

What do you think of the new study? Should the United States rejoin the Paris climate agreement? Let us know, and remember to SHARE this story! 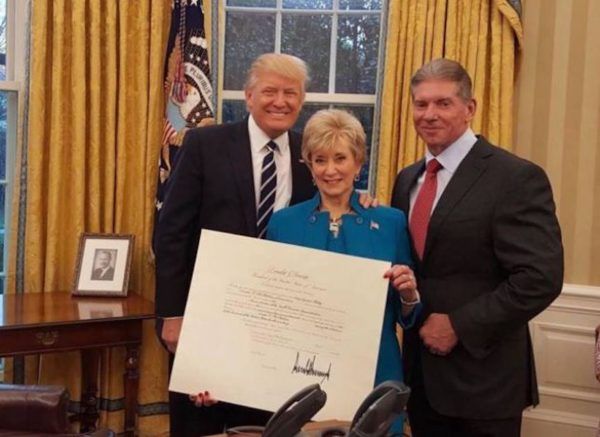 Billionaires and Celebrities Backing Donald Trump
While President Donald Trump may not have the approval of a majority of Americans (depending on the poll) there’s no doubt he has the backing of many of America’s richest ...
click here to read more
Advertisement - Continue reading below
Share  On Facebook