SHANGHAI, March 2, 2017 /PRNewswire/ — 41.2 percent of Chinese consumers have a more negative view of the US following Trump’s first month as President. 50.7 percent of consumers held a neutral position and 8.1 percent viewed the U.S. more positively according to a joint study by China Skinny and Findoout which surveyed 2,000 consumers across China in late February 2017.

Buying American property and stocks, traveling to the US, and studying in the U.S. are the three categories most negatively impacted with a net 17.7 percent, 13.9 percent and 10.0 percent of consumers respectively seeing it more negatively. Food & beverage, mother & baby and beauty products were the next most affected with a net sentiment decline between 5-10 percent.

America’s soft power has historically provided a distinct advantage for many of its products and services in China, driving preference for travel and study packages, Nike shoes, iPhones and Frappuccinos at Starbucks. China is America’s largest export market after Canada and Mexico, and the fastest growing of its major trading partners.

Even without the threatened tariffs for China, Trump’s actions are likely to affect trade. Chinese consumers can be sensitive to negative media about a country as Japanese brands learned during a territorial dispute in September 2012 when Japan’s top three auto companies experienced y.o.y. declines of 35 percent-49 percent in a market that was otherwise growing. Since President Trump was elected, sentiment towards U.S. autos has fallen just 3.4 percent.

President Trump has not been entirely negative for American exporters to China. “Although overall Chinese consumer sentiment towards U.S. brands has taken a hit since Trump was elected, categories that have the biggest impact on America’s soft power have actually improved including movies [11.8 percent], music [5.4 percent], sport [1.5 percent] and media [3.5 percent]. It indicates that Trump has piqued curiosity among Chinese consumers and increased interest in American culture overall,” says Mark Tanner, Managing Director of China Skinny. “In an obscure way, that could help American brands who understand these motivations and can tailor the marketing mix to them.”

“Remarkably the results were consistent across respondents’ city tiers, gender, age and professions, signalling that Trump is impacting behaviour in every corner of China,” said Bowei Yu, CEO of Findoout.

Respondents were also asked what they’d say to Trump if they had him around for dinner. The most common conversations covered requests for peace; U.S. and China business and trade relationships; America’s place in the world, Asia, the South China Sea, the Diao Yu Islands and Taiwan; and advice on being successful, in addition to some general praise, beratement, paying back the Treasury securities and comments about his Twitter usage and hair.

The survey was conducted online between February 21-23 with 2,000 Chinese consumers evenly split between male and female, with 56% living in Tier 1 & 2 cities and 70percent aged 18-35 years

The U.S. exported $113 billion worth of goods and services to China in 2015, its largest market after Canada and Mexico, and by far the fastest growing of its major markets expanding 115 percent between 2006-2015, although there was a 6 percent decline in 2015 (Source: US Census Bureau). China’s growing Middle class is expected to continue to drive strong growth in exports, with Chinese households earning more than $35,000/annum forecast to grow from 40 million today to 160 million in 2025 according to Oxford Economics.

Service exports grew 300 percent between 2006 and 2015 with every state experiencing triple digit growth. Traveling and education were the top service export accounting for $21 billion, and were two of the most affected categories in the survey. 329,000 Chinese students studied in America in the 2015/2016 year, with five-fold growth in the past decade. The number of Chinese students in the U.S. is double the next largest source of students; India (Source: Institute of International Education). 2.6 million Chinese visited the U.S. in 2015, growing 73 percent from 1.5 million in 2012 according to U.S. Customs data. They are also the highest spending in the U.S., averaging over $10,000 per tourist per trip according to Xinhua.

The top Goods exports, transportation equipment ($26 billion) and computers and electronics ($17 billion) are less likely to be effected by negative sentiment caused by Trump.

China Skinny is a Shanghai-based marketing strategy consultancy and a recognized leader in identifying and capitalizing on trends in China’s consumer market. Since 2011 it has helped more than 100 multi-national brands enter China or grow their market share. www.chinaskinny.com 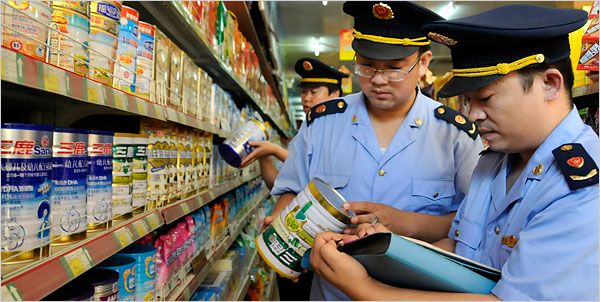 The Weirdest Superstitions of All Time (Which Many People Still Believe)