When we think of train stations, we often think of buzzing places with large amounts of people coming and going. Businessmen and women, daily commuters, and travelers consume most stations. Perhaps Grand Central Station in New York comes to mind as one of the most quintessential train stations in the world.

While Grand Central is beautiful without any possible argument to the contrary, prepare to see an entirely different train station that is hauntingly beautiful in its own right.

Without any of the people and no maintenance of any kind, Michigan Central Station has managed to capture the attention of many spectators with it’s mesmerizing aesthetic features. Despite experiencing heavy decay, the damage appears to have only served to further mesmerize its viewers. It could easily be likened to a worn down palace rather than a train station.

Take a look through the station with these pictures, and once you’ve finished, be sure to check out the drone footage from YouTube user “TheGadgetGuy1.” His incredible footage is included at the end of this post and has almost 115,000 views.

The station first opened in 1914, the year when World War I started. The final train left the station in 1988. With 74 years of operation its rich history matches its still beautiful appearance.

When Michigan Central Station first opened, it held the record for the tallest rail station in the world. It’s epic vaulted ceilings and enormous pillars were prominent features that no doubt garnered the attention of the travelers walking through its halls. In a way, much of the graffiti has added an urban flair that makes the station more of a striking artistic piece.

In 2011, work began to repair the station and restore some of its former glory. Preserving its structure and appearance will be a difficult and expensive task but well worth the challenge.

Films such as “Batman V. Superman: Dawn of Justice,” two of the “Transformers,” “The Island,” and “8 Mile” have already had scenes shot in the station. Filmmakers will likely continue to use the station as it’s grand appearance makes for a legendary cinematic backdrop.

The station is currently owned by billionaire Matty Moroun, who also owns CenTra Inc., the company that owns the Ambassador Bridge. The bridge links Windsor, Ontario to Detroit, Michigan, and is a landmark much like Michigan Central Station.

For the full video tour of the building, check out the YouTube video below. It was shot in September 2014, and it effectively demonstrates the beauty of the building.

The footage was shot primarily with a DJI Phantom 2 Quadcopter and GoPro Hero3+ Black Edition camera.

After looking at this stunning building and imagining how much more beautiful it must have been in its heyday, what do you think? Should it be restored and reopened?

The work to restore this masterpiece of architecture would no doubt be extremely expensive and time-consuming. If it’s not fully restored and reopened, we think it should at least be cleaned up for tours and definitely featured in more films! 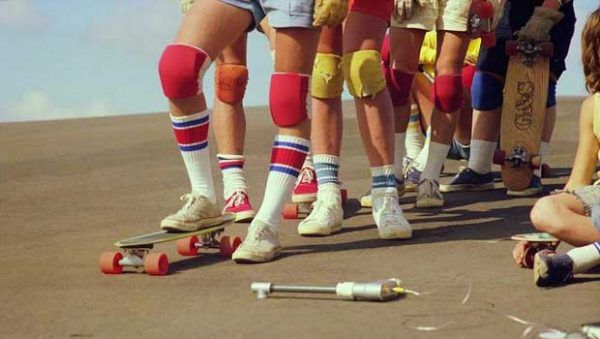 Only 70s Kids Remember These Forgotten Relics
The 1970s was a time filled with interesting, questionable, and exciting things. From fashion to television, to children toys and kitchen gadgets, the 70s had a bit of everything for ...
click here to read more
Advertisement - Continue reading below
Advertisement - Continue reading below
Share  On Facebook

Debt collector on trial for U.S. scheme aimed at thousands