NEW YORK/WASHINGTON (Reuters) – U.S. health regulators are under increasing pressure to remove restrictions keeping most gay and bisexual men from donating blood, but experts say any change would require years of research to guarantee the safety of the blood supply.

The U.S. Food and Drug Administration enacted a lifetime ban for gay and bisexual men in the 1980s to protect against transmitting the human immunodeficiency virus that causes AIDS. The agency reduced the ban in December to a 12-month wait since a man’s last sexual encounter with another man.

Following Sunday’s mass shooting at a gay nightclub in Orlando, more than a dozen Democratic Party lawmakers called on the FDA to move toward lifting the ban altogether. They argued that it wrongly discriminates on the basis of sexual orientation, rather than determining whether a donor’s actual behavior puts them at risk of HIV.

Their call came after members of the gay community tried to donate blood in the aftermath of the Orlando attack but were turned away based on their recent sexual history.

“We’re still in an inherently contradictory posture of straight men who are having unsafe sex with multiple partners being allowed to give blood. A gay man in a 30-year monogamous relationship, who practices safe sex, is not,” Representative Mike Quigley, an Illinois Democrat who serves as vice chair of the congressional LGBT Equality Caucus, told Reuters.

The FDA maintains there is not enough scientific evidence to remove the restrictions.

“We empathize with those who might wish to donate, but reiterate that at this time no one who needs blood is doing without it,” spokeswoman Tara Goodin said in a statement. “That being said, the FDA is committed to continuing to reevaluate its blood donor deferral policies as new scientific information becomes available.”

Blood supply experts say the FDA will need to determine whether the move to a one-year waiting period for gay and bisexual men made the blood supply less, more or just as safe.

That effort will take several years, and only then would the agency be able to consider relaxing its restrictions further, said Brian Custer, who has led a number of studies on the nation’s blood supply and is associate director of the Blood Systems Research Institute (BSRI) in San Francisco.

Removing the waiting period altogether would also likely require a large-scale study that tested blood samples of people who would be banned under current criteria, said Dr. Michael Busch, a co-director of BSRI. Busch helped discover in the 1980s that HIV could be transmitted through blood transfusions.

“Those are difficult to design and execute,” he said.

HIV disproportionately affects gay and bisexual men. While only about 4 percent of U.S. men have sex with other men, they represent about two-thirds of the country’s new infections, according to the U.S. Centers for Disease Control and Prevention.

All blood donated in the United States is screened for HIV, as well as other transmissible diseases such as Hepatitis C and syphilis. Blood supply experts note that such testing cannot detect HIV within the earliest window of exposure, nine to 14 days.

In the past 12 years, as many as six people have been infected with HIV through blood transfusion in the United States, according to Dr. Richard Benjamin, a former chief medical officer of the American Red Cross.

“That risk is always going to be there. People who donate blood within two weeks of exposure always will be missed by testing,” said Benjamin, now an executive at Cerus Corp, whose technology kills pathogens in blood plasma and blood platelets.

One study by FDA researchers published in January suggested that dropping all donor restrictions on men who have sex with men would result in 31 more units of HIV-infected blood being missed by screening tests and entering the blood supply each year. Nearly 16 million blood donations are collected in the United States each year, according to the American Red Cross.

Groups representing the nation’s largest blood centers, including the American Red Cross and America’s Blood Centers, said they support the FDA’s current rules, which are in line with policies in the UK, France, Australia and the Netherlands.

“Policy at this level moves at a slower pace than people would prefer, but it is years, not decades away,” said Custer, one of the blood supply experts, referring to the FDA. 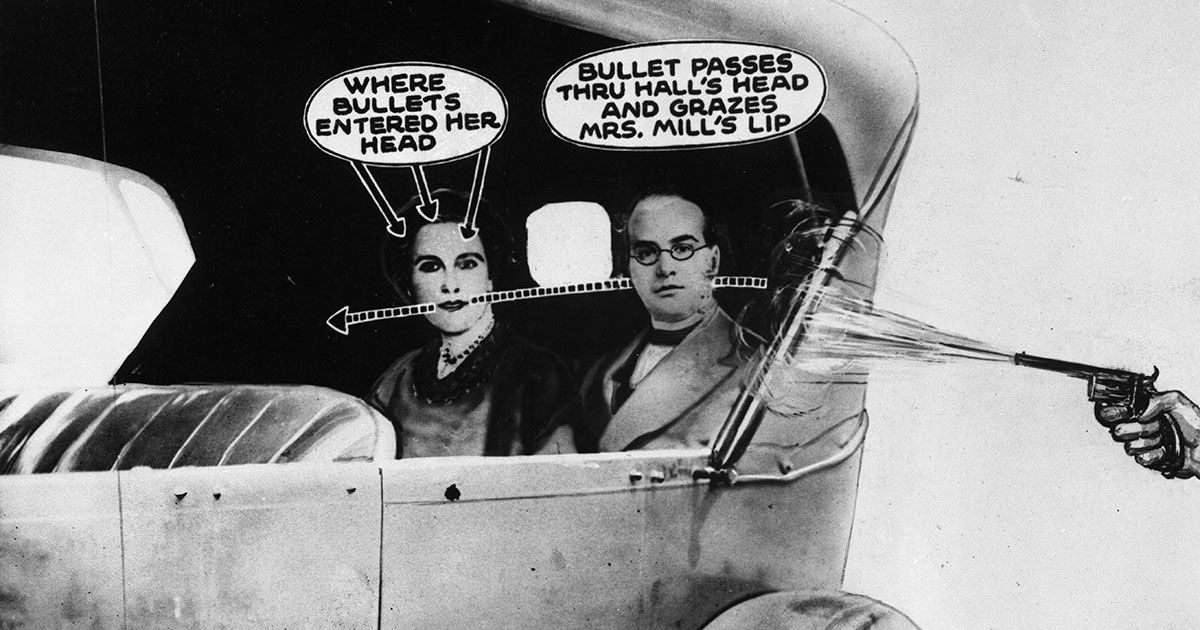 The 20 Craziest Unsolved Crime Mysteries of All Time — What Do YOU Believe?
Most people’s interests are piqued by mystery, and the thirst for knowledge is not easy to quench. Tragically, some victims (and their families) of the world’s most horrifying crimes were ...
click here to read more
Advertisement - Continue reading below
Share  On Facebook