Normally when you’re looking for a secluded cabin to buy, you won’t stumble upon an entire ghost town. But that’s the case when you search homes for sale near Denver, Colorado. The tiny ghost town of Cabin Creek is up for sale on Craigslist for $350,000. The ghost town is located in Adams County, just 45 miles from Denver and 10 minutes from the closest interstate, I-70.

The listing explains that buyers can get, “Just under 5 acres of property with the old Gas Station, 8 room Motel, Road Side Restaurant Cafe, 8 space RV Park, 2 Houses and private shooting range. The listing adds that the buyer will also have more than “500ft of Highway 36 frontage with 4 driveway entrances to draw in customers.”

The town of Cabin Creek used to be a bustling spot where locals would gather to hang out. However, it became a ghost town in the 1970s after the robbery and murder or a local couple. According to some visitors, the town is still haunted by the victims, though the ad doesn’t address the rumors of ghost sightings in the abandoned town.

Current owner James Johnson isn’t shy about the condition of some of the town’s properties. Still, he has made improvements including a new electric panel, a new well, and a sewer. He believes that Cabin Creek could make a great home for huge families, people who want to start a business, or even car racing fans.

Most of the buildings have been gutted, including a massive 3,300 square-foot garage/service station where the current owner stores his cars. However, Johnson notes that both houses on the property are in good order, especially a manufactured home he and his wife had built in 2004. He noted in the Craigslist ad that the home was only lived in for two years.

Johnson added that he once had big plans for the town and wanted to make it into a tourist attraction, much like some of the small towns on Route 66. Unfortunately, his wife has other plans, namely retirement. Johnson noted, “We’re looking at Idaho or Montana I think. We’re ready to get out of town even farther than this.”

Until then, Johnson is making sure that Cabin Creek stays how it is: Vacant and not vandalized. He noted in the post that he installed 16 surveillance cameras on the buildings. The property also calls him if someone pulls off the highway into the driveway. The security features were installed after some “idiot tenants stole and ruined many things.”

The town of Cabin Creek comes with its own Facebook page, website, and other domain names are included in the sale. Johnson added that the new owners will need to have cash to purchase the property, since no mortgage company will offer a loan. While there are drawbacks to purchasing this piece of history, there are also some bonuses. So, if you’re looking for your next greatest adventure, or you just want to own a ghost town, check out the Craigslist post for Cabin Creek, Colorado. 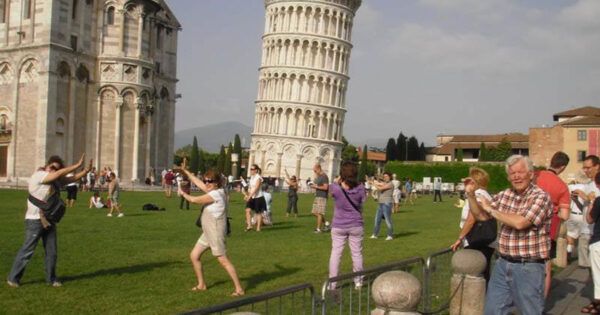 Most Rare Archaeological Finds Ever