Nowadays the presidential debate every four years is a staple event for American viewers everywhere, but have you ever wondered how it got started? Many will be quick to point to the debate of 1960 between John F. Kennedy and Richard Nixon as the first to be televised, but that’s not actually correct – in fact, the first debate actually took place between two women!

Indeed, the first televised presidential debate happened in 1956, and the circumstances were quite peculiar, to say the least. Democratic candidate Adlai Stevenson challenged incumbent President Dwight Eisenhower to a debate on live television, but Eisenhower refused, and instead decided to send in a substitute to put his policies and ideas to the test.

The selections were as follows: Eisenhower picked Maine Senator Margaret Chase Smith, and the Stevenson picked a familiar name: Former First Lady Eleanor Roosevelt. Both women were highly qualified for the debate; Smith had served in congress for 14 years by this point, while Roosevelt had served as First Lady for 12 years and Ambassador to the United Nations for six.

Eleanor Roosevelt is quite well-known today for being one of the most famous first ladies in American history, her dedication to human rights, and knowledge of foreign policy, whereas Margaret Chase Smith is a lesser-known figure in modern times. Regardless, Smith’s contributions to the political realm were heavy-hitting. She is best known for combating the ideology of McCarthyism, which was the act of demonizing anything that may have had a connection to communism or socialism (whether warranted or not). McCarthyism was inspired by the controversial acts of Senator Joe McCarthy during the Second Red Scare of the 1940s and ‘50s – a time when the Cold War was just gaining momentum. In 1950, Smith delivered a 15-minute speech entitled “Declaration of Conscience,” in which she denounced McCarthy’s witch hunt of supposed communists in the State Department. “If I am to be remembered in history, it will not be because of legislative accomplishments,” said Smith. “But for an act I took as a legislator in the U.S. Senate when on June 1, 1950, I spoke … in condemnation of McCarthyism.”

The debate between Eleanor Roosevelt and Margaret Chase Smith occurred just two days before the 1956 presidential election. Smith felt that she would not be able to match Roosevelt’s intelligence, so she focused on keeping her delivery and keeping her answers concise.

The debate lasted for about 30 minutes and the two discussed why their respective candidates deserved to be elected president of the United States. It seemed as though the more-experienced Roosevelt had the lead for the majority of the debate, but Smith came out swinging in the end when she requested to read a two-minute closing argument, during which her tone changed significantly:

“What was surprising [about the closing remarks] was my abrupt change in delivery,” she said. “It was not the soft, restrained, measured delivery … It was a biting staccato.”

Apparently, Smith’s closing statement rubbed Roosevelt the wrong way, as she refused to shake her hand at the end of the debate, despite the two having known each other for decades.

It’s hard to say how much the debate itself actually shaped audiences’ views of the two candidates, but in the end, Eisenhower ended up winning the election by a landslide. What is clear, however, is that the two women made their marks on the future of politics. Roosevelt went on to serve as the Ambassador to the United Nations in the Kennedy Administration, as well as the first chairperson of the Presidential Commission on the Status of Women. Smith, on the other hand, went on to become the first female presidential candidate in 1964 and continued to serve in the Senate until 1973. Although there is clearly more work to be done, the two have helped pave the way for women in politics to this day. 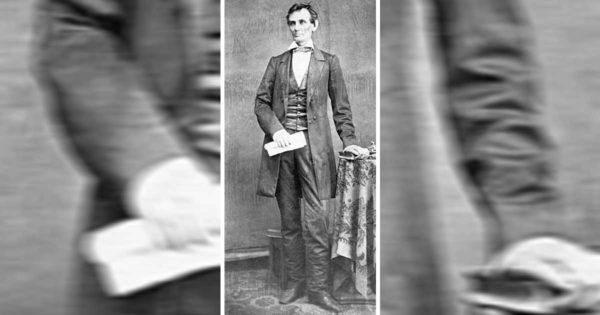 Remarkable Portraits of Abraham Lincoln Before His Presidency
Abraham Lincoln is mainly remembered as the 16th U.S. President who led the Union during the Civil War, and who prompted the chain of events that led to the abolition ...
click here to read more
Advertisement - Continue reading below
Advertisement - Continue reading below
Share  On Facebook

Just Started Dating? These Are Gifts to Get Your New Significant Other