SACRAMENTO, Calif. (Reuters) – California moved on Wednesday to dramatically roll back strict mandatory water conservation rules imposed at the height of the state’s multi-year drought, after a wet winter eased conditions in parts of the state.

The state Water Resources Control Board voted to end mandatory conservation of up to 36 percent in many communities, moving instead to a system under which only regions where a shortage of supply is anticipated will have to conserve.

“We don’t want to cry wolf but we also don’t want to stick our heads in the sand,” said water board chair Felicia Marcus. “This is a compromise.”

The wet weather has eased but not ended a four-year drought that has led farmers to idle land, made rivers too warm for salmon and caused wells to run dry.

Under an order by Democratic Governor Jerry Brown last year to cut water use by 25 percent statewide, Californians saved enough to supply 6.5 million people for an entire year.

But storms powered by the El Nino ocean-warming phenomenon dumped considerable precipitation in Northern California and much of the Sierra Nevada, swelling reservoirs, building crucial snowpack in the mountains and prompting consumers to complain that cutbacks were unnecessary.

The new rules that go into effect June 1 will require utility companies to estimate how much water they will have access to, and how much they will need for their customers, over a period of three years. Those facing a possible shortage will be required to conserve, but those with plentiful supplies will not.

The board also voted to keep in place a rule requiring restaurants to serve water only upon request.

On May 9, Brown ordered water regulators to extend some drought protections, such as a prohibition on irrigating lawns and landscape so intensely that water runs down the sidewalk. He also demanded a new plan for making conservation a way of life long term.

But Brown did not order a continuation of the mandatory cutbacks. In response, water regulators released the proposal approved Wednesday, which eliminates the cutbacks at least for the rest of this year, while they develop a longer term strategy to cut water use in the most populous U.S. state.

Going forward, the state hopes to reduce water use by 20 percent or more as a way to guard against future droughts. A plan to achieve that goal is expected to be released by the end of this year. 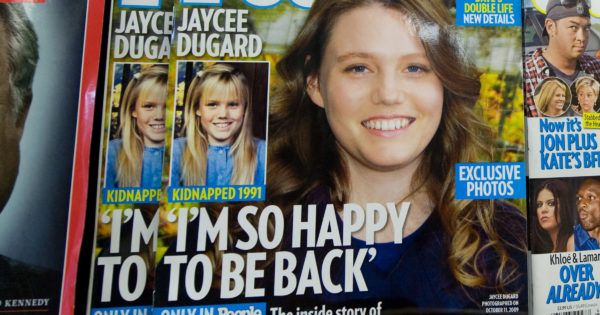 The Kidnapping of Jaycee Dugard - Timeline of Events From Abduction to Life After Rescue
The story of Jaycee Dugard is harrowing. While it’s horrifying and enraging, it’s also inspiring. Dugard was abducted at age 11 and was tortured for 18 years at the hands of kidnapper ...
click here to read more
Advertisement - Continue reading below
Share  On Facebook

The Most Outrageous Things Your Tax Dollars Are Paying For

These Are The Actors & Actresses That Passed Away During Film Production