WASHINGTON (Reuters) – Fighting charity fraud could become more difficult under a Republican bill in Congress to prohibit the U.S. Internal Revenue Service from collecting the names of top donors to charities and other nonprofit groups, critics warned on Tuesday.

Meant to protect the privacy of wealthy individuals who make anonymous, or “dark money” donations to politically active nonprofit groups, the bill would eliminate a decades-old IRS donor-identity disclosure requirement for a range of tax-exempt groups that includes hospitals, universities, community and sports organizations.

Backers of the legislation say donor lists have sometimes been disclosed to the public even though the names and addresses are supposed to be private.

In a related development, the IRS itself plans to propose new regulations eliminating donor-reporting requirements for most tax-exempt organizations, according to a document posted on a White House Office of Management and Budget website. It is unclear which groups would still be subject to disclosure under the regulations, which are expected in December.

“It’s important forensic data to us state regulators. It’s evidence we can consider using in an investigation to determine whether a charity’s board has breached its fiduciary duty,” said Hugh Jones, deputy state attorney general for Hawaii.

The Republican measure was approved by a tax committee in April and awaits a House of Representatives vote. If approved it would go next to the Senate, where its outlook was unclear.

With “dark money” and other forms of cash pouring into U.S. politics, the 2016 presidential contest is expected to cost $5 billion, double that of 2012. Campaign committees and political action committees raise most of that cash, but dark money, or spending whose sources are not disclosed, could exceed $500 million this year, up from only $6 million in 2004.

Known as 501(c)s for the tax law section that covers them, these groups, under current law, must disclose donor information on a confidential basis to the IRS on Schedule B of tax Form 990. But they do not have to identify their donors publicly, which makes the groups attractive to wealthy, publicity-shy individuals with a political agenda to pursue.

Representative Pete Roskam, an Illinois Republican steering the bill, said his measure is needed to protect 501(c) donors from having their identities leaked by the IRS. Such leaks could expose them to intimidation by political adversaries and infringe on their free-speech rights, he said.

Although Roskam’s bill is geared to address the concerns of political donors, critics say it will have another impact.

State authorities investigating charity fraud sometimes ask nonprofit groups for their Schedule B forms, which can help investigators spot conflicts of interest and suspicious movements of money and in-kind donations between charities.

“We would otherwise not have a clue that there was any relationship between charity A and charity B or charity C and D and E and F,” said Karl Emerson, former director of the Pennsylvania Bureau of Charitable Organizations.

Backers of the Roskam bill say Schedule B is not widely used in fraud inquiries. “I don’t know of one case where a fraud was proven by the IRS having had the Schedule B,” said David Bossie, president of the conservative group Citizens United.

Bossie’s organization won a landmark 2010 Supreme Court case that opened the way to unlimited spending on political campaigns by individuals, corporations, unions and other groups.

Backers of the Roskam bill include Citizens United and billionaire industrialists Charles and David Koch, who donate to a number of politically active nonprofit groups.

The Koch-backed Americans for Prosperity Foundation and other groups argue that government-mandated disclosure of Schedule B information to state authorities is unconstitutional.

The groups have filed lawsuits to stop Democratic attorneys general in California and New York from obtaining Schedule Bs as a part of state-level nonprofit registration procedures.

The Roskam bill would preserve some disclosure by requiring nonprofits to continue to report contributions from board members, officers and top salaried employees. 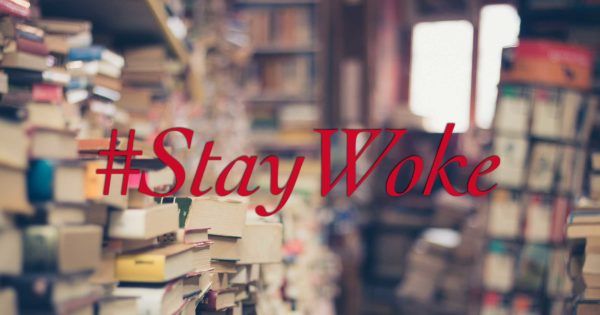 Celebrities Who Are Best Friends in Real Life