NEW YORK (Reuters) – A federal bankruptcy judge on Thursday narrowed a $905 million lawsuit filed by the trustee seeking money for Bernard Madoff’s victims against executives who ran a now-defunct Florida accounting firm that had close ties to the swindler.

The decision is a setback for Picard, in one of the larger of his more than 1,000 lawsuits seeking to recoup money from people he believes benefited improperly from Madoff’s fraud.

Picard accused principals Frank Avellino and Michael Bienes of helping conceal Madoff’s Ponzi scheme, including in 1992 when Madoff created fake account statements to help their firm defend itself in a U.S. Securities and Exchange Commission probe.

The trustee said the duplicity enabled Avellino, Bienes and their wives to reap millions of dollars to buy multiple luxury homes, art by Pablo Picasso and Edgar Degas for the Avellinos, and a cold storage compartment to store Dianne Bienes’ furs.

But in a 62-page decision, Bernstein agreed with the defendants that Picard lacked power to recover transfers made before Jan. 1, 2001.

It was on that day that Madoff transformed his business from a sole proprietorship into Bernard L. Madoff Investment Securities LLC, which Picard was appointed by the court to liquidate following its December 2008 collapse.

A spokeswoman for Picard had no immediate comment. Gary Woodfield, a lawyer for the defendants, did not respond to requests for comment.

According to the trustee, Avellino began sending client money to Madoff as early as 1962, when both were in their mid-20s. Avellino & Bienes shut their accounting practice in 1984 to focus on investing with Madoff, the trustee said.

Picard has recovered roughly $11.2 billion, or 64 percent of the $17.5 billion he estimated was lost by Madoff’s customers. Madoff, 78, is serving a 150-year prison term. 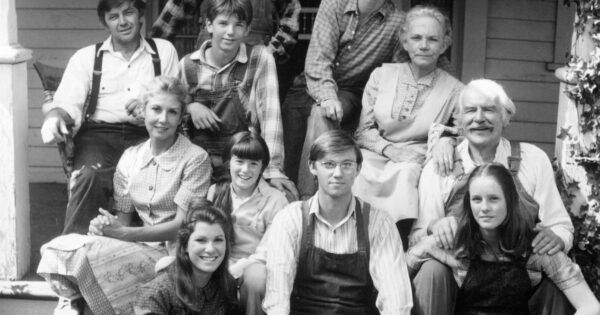 ‘The Waltons’ Family – What Happened to the Cast After the Show?
Throughout the ’70s, families across America welcomed another family into their homes: The Waltons. The popular television series shared the experience of a Depression-era family living in the Virginia mountains. ...
click here to read more
Advertisement - Continue reading below
Share  On Facebook