MUMBAI (Thomson Reuters Foundation) – Ivy Park, the sportswear brand that is a joint venture between singer Beyonce and Topshop tycoon Philip Green, has defended itself against a Sun newspaper report that says its supplier in Sri Lanka uses “sweatshop slaves” to produce the clothing.

Workers making some of the clothes at MAS Holdings in Sri Lanka earn just 4.30 pounds ($6.30) a day, the tabloid reported on Sunday. Most of the “poverty-stricken seamstresses” are afraid to speak out for fear of losing their jobs, it said.

“Ivy Park has a rigorous ethical trading program. We are proud of our sustained efforts in terms of factory inspections and audits, and our teams worldwide work very closely with our suppliers and their factories to ensure compliance,” Ivy Park said in a statement emailed to the Thomson Reuters Foundation.

“We expect our suppliers to meet our code of conduct and we support them in achieving these requirements,” it said.

South Asian garment manufacturers have come under increasing scrutiny since the Rana Plaza factory disaster in Bangladesh in 2013, in which more than 1,100 factory workers died.

The wages that the Sun reports are paid to Topshop’s Sri Lankan factory workers are well above the minimum wage in South Asia, where minimum salaries in the garment industry range from $68 a month in Bangladesh to $71 in Sri Lanka and $120 in Pakistan, according to the World Bank.

Working conditions in Sri Lanka’s garment industry, which is largely organized, are “generally better” than in the rest of South Asia, the World Bank said in a report last month.

Sri Lanka’s garment exports, which are worth about $4.4 billion a year, are largely “higher-value, niche products”, made by workers who are better educated and more skilled than their peers in the region, the report said.

However, while companies generally comply with the minimum-wage levels set by governments in Asia, these wages “fall far below a wage a person could live on”, according to lobby group Clean Clothes Campaign.

It estimates that in Sri Lanka the minimum monthly wage is about a fifth of the country’s living wage.

Annanya Bhattacharjee of the Asia Floor Wage Alliance (AFWA)said the garment workers in Sri Lanka were probably working longer than eight-hour days and not being paid overtime.

“They often don’t have the option of saying ‘no’ as they may lose their jobs if they do, and also because of economic coercion. So this is a form of forced labor; they’re bound to the employer,” she told the Thomson Reuters Foundation.

The AFWA will call on the International Labour Organization at its conference next month to adopt its recommendations for global standards for supply chains that include the recognition of a living wage as a human right.

Demand for Beyonce’s Ivy Park range crashed the Topshop website on its launch in April. The collection includes socks costing $6, a sports bra at $36 and body suit priced at $65.

The Sun’s report said that workers at the Sri Lanka factory, “mostly young women from poor rural villages”, could only afford to live in boarding houses and had to work more than 60 hours a week to make ends meet.

Several calls to MAS Holdings for comment were not returned.

MAS Holdings has 48 manufacturing facilities in 15 countries, according to its website. 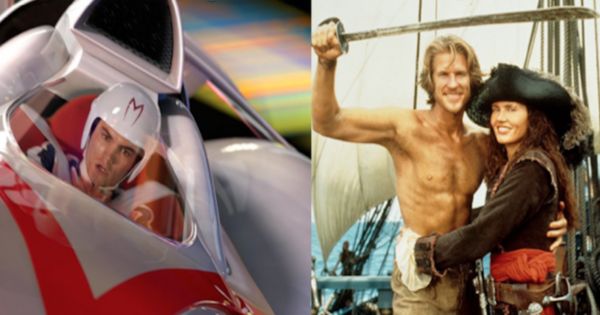 Biggest Box Office Flops: Which Films Lost the Most Money?
Big budgets and major marketing expenses often lead a movie down a bad path. Some productions are lucky enough to have mega budgets, but sometimes they can get overly complicated ...
click here to read more
Advertisement - Continue reading below
Share  On Facebook

These Actors Hated the TV Shows They Starred In