Albert Einstein’s Note on Happiness, Given to Hotel Messenger As Tip in 1922, Will Make You Smile

Albert Einstein, a celebrated German-born theoretical physicist, presented his famous Theory of Relativity — which fundamentally changed our understanding of the universe — on November 25, 1915 before the Prussian Academy of Sciences. The document recently had its centennial birthday in 2015.

Despite them being over 100 years old, the scientist’s theories and findings are still proving to be invaluable and are making an enormous impact on the way we live today.

In October 1922, Einstein took a trip to Japan to deliver a series of lectures. En route, he received a telegram that he was awarded the Nobel Prize of 1921. Upon his arrival in Japan he found that his newfound fame had quickly spread, and was welcomed by Einstein groupies who flocked to see him.

According to Winner’s Auctions and Exhibitions, Einstein was holed up at the Imperial Hotel in Tokyo and he tried to put on paper his feelings about what it means to be happy. Translated from German, he wrote, “Silent, modest life gives more happiness than successful aspiration, combined with constant unrest.”

When a messenger came to his room to give him something, Einstein did not have a monetary tip available — it’s also considered rude in Japan to tip with money — so instead he took advantage of his new exalted status and gave the messenger two of his writings.

“Their future value may be much higher than a standard tip,” he foretold the messenger.

Einstein was proven right almost a century later when the hotel messenger’s nephew contacted the auction house, Winner’s Auctions and Exhibitions, to put the notes up for sale. The aforementioned theory of happiness sold for $1.3 million on October 24. The second Einstein note simply read, “Where there’s a will, there’s a way” — a popular saying to this today — and was sold for $240,000.

Geoffrey Rush, who recently portrayed Einstein in National Geographic’s Genius, was well aware of the scientist’s lighter side after researching his life.

“He was a man who wept, he was a man who laughed. He had a fantastic sense of humor. I’ve seen that in some of the newsreel footage where he could get journalists laughing at the drop of a hat,” Rush told The Hollywood Reporter. 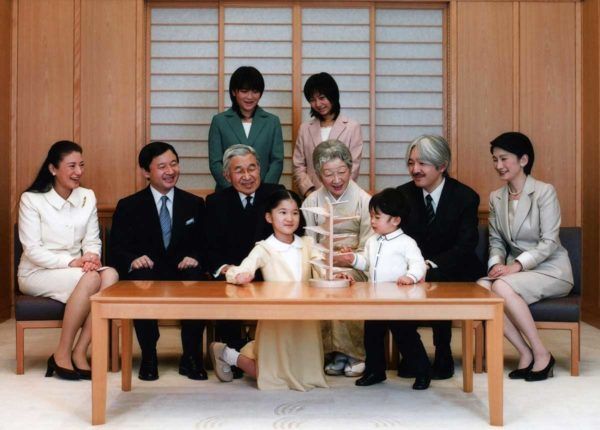 Check Out These Royal Families From Around the World
Despite the widespread popularity of the British royals, there are, in fact, other royal families around the world. Currently, there are 26 monarchs in the world that reign over 43 ...
click here to read more
Advertisement - Continue reading below
Share  On Facebook

Did You Know That These Actors Were Extremely Talented Athletes?