Paul Manafort and his longtime business associate Rick Gates surrendered to federal authorities early Monday morning in connection with the investigation into alleged collusion between the Trump campaign and Russia. Manafort was the former chairman of President Donald Trump’s election campaign. Both men were charged in a 12-count indictment.

On Friday, CNN reported that a federal grand jury had approved the first charges brought by special counsel Robert Mueller’s investigation. The investigation is looking into any potential collusion between Trump campaign associates and Russia during the 2016 presidential campaign. Speculation swirled over the weekend as to who would be charged.

According to ABC News, Manafort “joined the Trump campaign in March 2016 as the campaign’s convention manager and was promoted to campaign chairman two months later. He stepped away from the campaign in August 2016 amid questions about his foreign business ties.”

ABC News reported Gates “worked for Manafort’s international firm, Davis Manafort Partners, between 2006 and 2007. Gates’ connections to Trump before and after the election include his being in charge of the convention operations in Cleveland, serving as deputy chairman on the 2017 Presidential Inauguration Committee, and joining the nonprofit America First Policies created after the election.”

After turning themselves in, Manafort and Gates were charged in a 12-count indictment that included “conspiracy against the United States, conspiracy to launder money, unregistered agent of a foreign principal, false and misleading FARA statements, false statements, and seven counts of failure to file reports of foreign bank and financial accounts,” according to NPR.

You can read the full indictment at the Department of Justice Website here.

More information can be found in the video below. 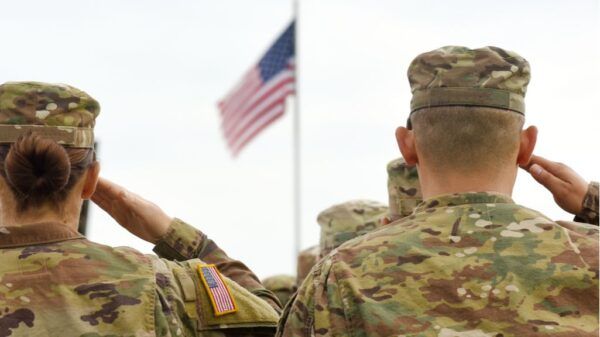 These Are The World’s Strongest Militaries
Military history is constantly developing and impacting the day-to-day lives of everyone on earth. War and combat correlate directly to the patriotism and freedom we surround ourselves with. Understanding what ...
click here to read more
Advertisement - Continue reading below
Share  On Facebook