NEW YORK, Feb. 24, 2017 /PRNewswire-USNewswire/ — In a letter to Ambassador Nikki Haley, the U.S. permanent representative to the UN, AJC expressed “profound appreciation” for her remarks following a UN Security Council discussion on the Middle East.

Ambassador Haley described the meeting as “a bit strange,” as it “focused on criticizing Israel,” while not discussing Hezbollah, ISIS, or Iran’s support for terrorism. “I am new around here, but I understand that’s how the Council has operated, month after month, for decades,” said Haley. She affirmed the U.S. resolve to defend “our friend and ally Israel.”

“We are deeply grateful for your assurances that the U.S. is determined to end the bias against, and obsession with, Israel” at the UN, wrote AJC President John Shapiro and CEO David Harris, who thanked the ambassador, and the Trump administration, for their “friendship toward the Jewish state.”

“As you rightly pointed out, UN Member States dedicate disproportionate time and resources to criticizing Israel, the only democracy in the Middle East, while ignoring genuine threats, such as the terrorist organization Hezbollah and the murderous campaign perpetrated by the Assad regime against the Syrian people.”

The AJC leaders noted that Ambassador Haley mentioned the existence of a special division dedicated to Palestinian rights in the UN Secretariat. “In fact, the Palestinian division is one of three entities within the UN system dedicated to promoting the Palestinian cause against Israel,” wrote Shapiro and Harris. The other two are the “Committee on the Exercise of the Inalienable Rights of the Palestinian People” and the “Special Committee to Investigate Israeli Practices.”

“The utter one-sidedness of these bodies, not to mention the waste of resources, only helps to further perpetuate the conflict and undermine peace efforts,” wrote Shapiro and Harris.

AJC, the global Jewish advocacy organization, has long worked towards ending the endemic and systemic bias against Israel, perpetrated by a majority of member states, in the world body.

Changing the way Israel is treated at the UN “can be accomplished only with U.S. leadership — the kind of leadership you demonstrated in your remarks,” they wrote. 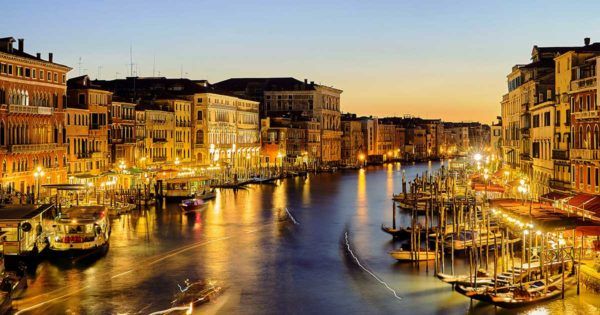 The Best Cities to Visit on Your Next Vacation
Unless you’re efficient, pragmatic, and energetic enough to travel the entire world in 80 days, chances are you’re not going to be able to see everything in one lifetime. It can ...
click here to read more
Advertisement - Continue reading below
Share  On Facebook

Baton Rouge: A city divided between police and the policed

The Wealthiest Person in Every State in America