TOKYO (Reuters) – Priyanka Yoshikawa says she hopes that being crowned Miss World Japan will spur greater acceptance in her homeland of people with parents from different ethnic backgrounds, such as herself.

With a Japanese mother and an Indian father, Yoshikawa, 22, offers the latest challenge to Japan’s self-image as a racially homogeneous nation, after she was selected on Monday to represent the country in the Miss World contest.

“I have a responsibility,” said Yoshikawa. “I have to make things happen because I made a difference, being crowned as a mix.”

She joins a wave of prominent “hafu”, as many Japanese call those with parents from different ethnic backgrounds, among them Mashu Baker, who won a gold medal in judo at the just-concluded Rio Olympics, and Asuka Cambridge, who anchored the silver medal-winning men’s 4×100 meters relay team.

Some children of mixed ethnicity in Japanese schools have been bullied because they look different. Other “hafu” have won fame in entertainment, but may yet not be regarded as genuine Japanese.

Yoshikawa is the second Japanese of mixed ethnicity to win a beauty contest in as many years.

Last year, Ariana Miyamoto, whose father is African-American, was chosen as Japan’s representative to the Miss Universe contest, a victory that Yoshikawa said had inspired her to enter for Miss World.

Miyamoto’s win sparked a social media backlash, but the response to Yoshikawa has been more nuanced.

Some were puzzled or critical. Miss Japan should “look good in kimono,” said one person in a comment on Yahoo. Another said, “She’s not bad, but wasn’t there a pure Japanese to represent Japan?”

Such reactions reflect a traditional mindset that is starting to change, said Yoshikawa, whose height of 1.76 m (5 ft 8 inches), exceeds that of the average Japanese woman.

“We’ve been told how Japanese look,” she added. “How our faces are. We have to be pale, or the Asian look. But things change. It’s a small island, but we have a lot of people from other countries and we have a lot more ‘hafus’ in every single year.”

International marriages are increasing in Japan, forming 3.3 percent of the total in 2013, government figures show, four times those in 1980. Mixed-race children accounted for 1.9 percent of 2013 births. 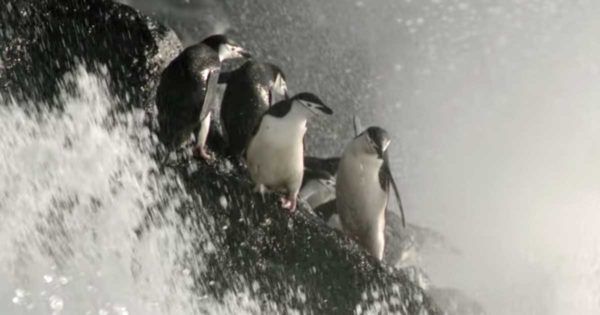 The Greatest Moments From 'Planet Earth'
It’s not easy to pick the greatest moments from Planet Earth. David Attenborough’s incredible series premiered on BBC in 2006 to massive critical acclaim. It offered a dazzling look at the natural ...
click here to read more
Advertisement - Continue reading below
Advertisement - Continue reading below
Share  On Facebook

You Never Knew What These Misunderstood Songs Were Really About