Whenever the gun-control debate heats up in the United States — usually after an all-too-common mass shooting — guns rights activists often cite Adolf Hitler’s Nazi Germany gun laws as an example of the dangers of gun control. They claim that these laws, enacted by Hitler himself, disarmed the German people, including minority groups, and made them more vulnerable to oppression and eventually the Holocaust. This historical “fact” often is trumpeted far and wide as an example of what could happen to America with stricter gun-control laws. The problem with that? It’s mostly a myth.

The idea has been propagated by numerous commentators, gun’s rights advocacy groups, politicians, and the NRA. In fact, NRA Executive Vice President Wayne LaPierre discussed the idea in his book Guns, Crime, and Freedom, writing, “In Germany, Jewish extermination began with the Nazi Weapon Law of 1938, signed by Adolf Hitler.”

Many also point to a supposed quote from Adolf Hitler himself, which reads, “This year will go down in history! For the first time, a civilized nation has full gun registration! Our streets will be safer, our police more efficient, and the world will follow our lead into the future!”

However, these arguments are missing several key points. For starters, the Weapon Law of 1938 actually significantly loosened strict German gun laws that had been put into place by the Weimar Republic government in the years following World War I. These Weimar laws included an initial ban on all private firearm ownership, which was later slightly relaxed into a system of strict regulation requiring numerous permits.

The Nazi Weapon Law deregulated this whole system, as well as other changes that made it much easier for others to acquire firearms:

“The 1938 law signed by Hitler that LaPierre mentions in his book basically does the opposite of what he says it did. ‘The 1938 revisions completely deregulated the acquisition and transfer of rifles and shotguns, as well as ammunition,’ [law professor Bernard E.] Harcourt wrote. Meanwhile, many more categories of people, including Nazi party members, were exempted from gun ownership regulations altogether, while the legal age of purchase was lowered from 20 to 18, and permit lengths were extended from one year to three years.”

The idea that armed German Jews specifically would have been able to fight back against the Holocaust is highly unlikely. The Nazi Germany war machine was one of the most powerful military systems ever constructed, especially prior to and in the early years of World War II, and it would have been able to quash almost any armed resistance. In fact, the largest revolt by armed Jewish citizens during the war — the 1943 Warsaw Ghetto Uprising — was ended in less than a month and resulted in the death of 13,000 Jews versus less than 300 Germans.

As Brown University’s Omer Bartov succinctly put it to Salon: “Just imagine the Jews of Germany exercising the right to bear arms and fighting the SA, SS, and the Wehrmacht. The Red Army lost 7 million men fighting the Wehrmacht, despite its tanks and planes and artillery. The Jews with pistols and shotguns would have done better?”

Finally, the popular Adolf Hitler quote used seems to have no basis in fact. For starters, as written above, gun registration was actually instituted by the Weimar government and was relaxed by the Nazis. Furthermore, Harcourt wrote in a 2004 Fordham Law Review article titled On Gun Registration, the NRA, Adolf Hitler, and Nazi Gun Laws: Exploding the Gun Culture Wars (A Call to Historians) that, “It turns out, for example, that Hitler’s infamous quote, rehearsed in so many newspapers, is probably a fraud and was likely never uttered. The citation reference is a jumbled and incomprehensible mess that has never been properly identified or authenticated, and no one has been able to produce a document corresponding to the quote.”

Gun control is one of the most complicated issues in American society, with the desire to uphold second amendment rights at odds with the desire for a safer society and constantly leading to debate. However, the myth of Hitler being a proponent of gun control should be removed from the conversation entirely, as it simply has little to no basis in historical fact. 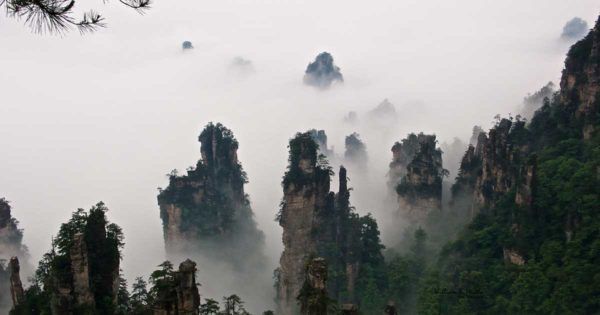 Quick! Visit These Hidden Travel Destinations Before the Word Gets Out
Tired of boring, run-of-the-mill vacations? Your time off is supposed to be relaxing, and shouldn’t be spent among hordes of people waiting in line or combating for a beach chair. ...
click here to read more
Advertisement - Continue reading below
Advertisement - Continue reading below
Share  On Facebook

These Huge Celebrities Were Friends Before They Found Fame