VENICE (Reuters) – Stephane Brize shot the characters in “Une Vie” in profile to give viewers space to interpret and experience the period drama for themselves, the French director said at the Venice film festival on Tuesday.

The movie (A Woman’s Life) tells the story of Jeanne, played by Judith Chemla, who returns home after finishing her schooling in a convent. Her dreams and innocence are slowly stripped away after she marries a viscount who is unfaithful.

“To film someone face-on sometimes tells too much,” Brize told a press conference ahead of the film’s premiere.

“I prefer the viewer to have just enough physical information to understand what is happening on screen but not too much so he can project his own emotion. Then there is a kind of echo taking place between the screen and the theater.”

The French-Belgian production, an adaptation of French writer Guy de Maupassant’s first novel and set in 19th century Normandy, is one of 20 movies competing for the coveted Golden Lion that will be awarded on Saturday.

Flashbacks and flash-forwards are used throughout the movie to help illustrate the 27 years portrayed in the drama. They also show how Jeanne’s mind jumps from one memory to another.

“There was something absolutely upsetting about this character, the beauty of her way of seeing the world, her naiveté, her candor, her intensity,” Brize said.

Brize shot the movie in nearly-square format, echoing the confinement of his heroine’s own life.

He said some of the inspiration for the movie came from his own transition to adulthood, when you learn that life is more nuanced than you had imagined and develop tools to protect yourself and take some distance without becoming cynical.

“What really touched me is that Jeanne doesn’t know how to or perhaps does not want to do that, and she remains attached to her childhood, which is beautiful and tragic at the same time,” he said. 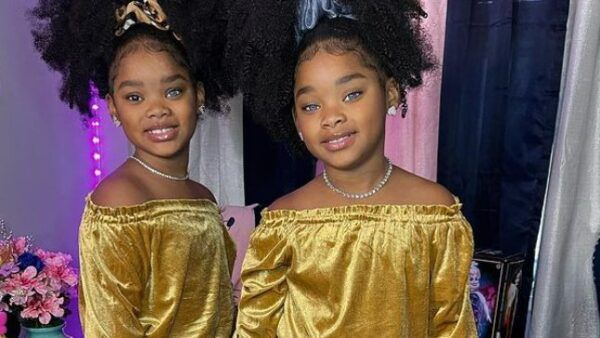 Remember These Unique Twins? Here’s Where They Are Now
Do you remember the “Trueblue Twins”?  The pair became the Internet’s sweethearts due to their unique look. Megan and Morgan Boyd are peculiar sisters with a defining trait in the ...
click here to read more
Advertisement - Continue reading below
Share  On Facebook

All the Celebrities We’ve Lost in 2022

Ranking of the World’s Most Polluted Cities