CAMBRIDGE, Mass., April 20, 2017 /PRNewswire/ — Following one of the most controversial presidential elections in history and a “First 100 Days” marked by contentious executive orders, travel bans, military strikes, suspicions of foreign election tampering, healthcare debates and threats to our national security, the United States has become a nation on edge, according to a new poll by Radius Global Market Research commissioned by healthcare review site CareDash.com.

“Nervous Nation: An Inside Look at America’s Anxiety in the Age of Trump,” a poll of over 2,000 adults aged 18 and older surveyed between March 23-27, 2017, shows more than half of Americans (59 percent) report being at least somewhat anxious because of the November election results, with nearly three-fourths (71 percent) of Americans aged 18-44 reporting feeling anxious due to the results. Nearly two-thirds of Americans (64 percent) agree that Donald Trump as president is causing more people to have anxiety.

“The November election results created the ‘perfect storm’ of rising anxiety and it’s affecting our national health,” says CareDash Medical Advisor and Washington, DC-area therapist, Dr. Steven Stosny (PhD). “Anxiety and nervousness stem from the fear that something bad might happen. These feelings are intensified in times of uncertainty and are also contagious. What we see now is Americans trying to grapple with the uncertainty of a President known for bold and unexpected behavior, as well as a 24-hour news cycle driven in part by social media platforms that have amplified political worries.”

Key Groups Affected by the Election
The current political environment is particularly affecting men as well as those with children in the household; and even Trump voters are feeling anxious.

“The survey’s findings that more men than women are actively seeking medical help for Trump-induced anxiety is contradictory to established psychological research which has repeatedly shown that men are less likely than women to seek help from physicians and mental health professionals,” added Stosny. “What we are experiencing now is a new phenomenon where men, facing an onslaught of continued breaking new alerts, social media comments and alternative facts, feel that they no longer have the control or ability to protect their families in these uncertain times.”

CareDash, an online healthcare portal that seeks to democratize the doctor review industry through 100 percent honest and transparent reviews, commissioned the poll by Radius Global Market Research to better understand how the current political environment is affecting the mental health of their users and the general population. The current study findings mirror those found in an online poll of CareDash newsletter subscribers which found that 55 percent of respondents are at least somewhat anxious because of the November election results.

“The mission of CareDash is to empower all patients to take charge of their own healthcare decisions,” says Ted Chan, Founder and CEO of CareDash. “This poll continues our core objective to be a resource for transparent information that will ultimately enable patients to make more informed healthcare choices. Our hope is that by understanding the root cause of mental health issues that many Americans are facing today, patients will be better equipped to seek ways to address those issues, either through CareDash.com or other professional services available to them.”

CareDash will also host a free “CareDash Coping Clinic” on Friday, April 28 in Boston to help Bostonians with some of their post-election anxiety. City residents are invited to stop by the one day downtown location pop up during lunchtime for a quick mid-day stress-relieving break and enjoy a free 15-minute chair massage, a warm cup of relaxing tea and healthy snacks.

Details on the survey findings are available at www.caredash.com/nervous-nation.

Shareable infographics are available to download or link to at:

Methodology:
The survey was conducted online within the United States by Radius Global Market Research on behalf of CareDash between March 23-27, among 2,135 adults ages 18+ who reside in the U.S. Surveys were conducted in English. Data were weighted to reflect U.S. Census data. Weighting variables included age, gender and region.

The symptoms of anxiety included in the survey are the most common symptoms of anxiety as provided by the National Institute of Mental Health and the Mayo Clinic and include weight gain, weight loss, depression, suicidal thoughts, trouble sleeping, feelings of nervousness, relationship distress and resentment or anger.

About CareDash.com:
Headquartered in Cambridge, MA, CareDash.com is an online healthcare portal transforming the doctor review industry to make it more transparent and accessible for all patients regardless of their socio-economic background. Unlike other doctor review sites, CareDash does not influence, suppress or remove negative reviews in exchange for payment from providers. Unbeknownst to patients, existing doctor review sites accept payments from doctors to remove and hide negative reviews. CareDash also services more patients in the low-to-middle income range than leading patient review sites – many of whom have traditionally been ignored and underrepresented in this space.

About Radius Global Market Research:
Radius Global Market Research (www.radius-global.com) is one of the largest independent market-research companies. For more than 50 years, the business has partnered with global marketers to develop insight-based strategies that drive brand performance. A superior level of senior team involvement is the hallmark of Radius GMR’s approach. Radius GMR is based in New York. Global operations include London-based Radius Europe, Radius MEA in Dubai, and Radius Asia in Beijing. 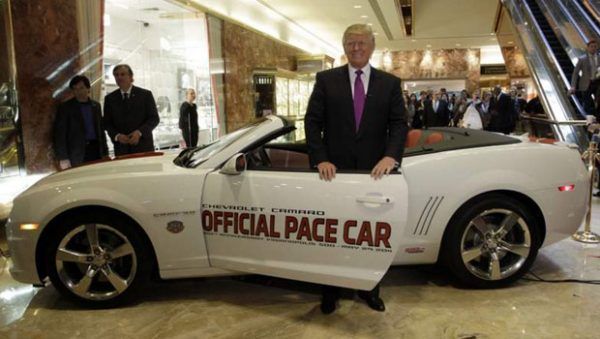