Whether you believe in paranormal activity or not, the stories behind hauntings are always fascinating to hear.

Another lesser known house that is on the rise is the May-Stinger House, located in Brooksville, Florida. The four-story Victorian house was built in 1856 by John May for his family, and the very scary history began very soon after.

Two years after finishing construction on the house and moving in, John May died. Then, 10 years later, his wife, Marena, became pregnant with the child of a confederate soldier named Frank Saxon. You can probably guess what’s coming next.

Marena died during childbirth. Three years later, her daughter, Josie May, died tragically. Now it’s said that Josie May haunts the house, watching over her dolls. It doesn’t get much creepier than that!

That’s not where the story ends, though. After the May family died, Sheldon Stringer moved into the property. Mr. Stringer began a medical practice in the house, leading to a number of patients dying and leaving their spirits to roam the halls with little Josie.

Overall, it is believed that at least eight ghosts reside in the May-Stinger house, but the actual number could be much more.

At least one of the spirits is said to be malevolent and focuses its ghostly energy on women.

Whether you choose to believe it or not, there is no denying the house carries a major creep factor with it. Especially after you see this picture of the graves on site.

Is the hair on your arms standing yet?

As years passed the house went unoccupied. It eventually became a museum, which is no surprise given the rich history of the building.

Since becoming a museum, the staff has reported a number of unique paranormal experiences. Now the house has become a major tourist attraction in the paranormal community.

The house has even attracted the attention of “Ghost Adventures,” where it was featured on an episode of the popular show.

If you aren’t convinced the house is haunted yet, have no fear, you can sign up for a private ghost tour. The tours take place on Friday and Saturday nights and make it their mission to scare the living daylights out of you.

Even if you still don’t believe in ghosts at the end of the night, you will probably still have a good time listening to stories about ghosts while trying to debunk the activity around you. 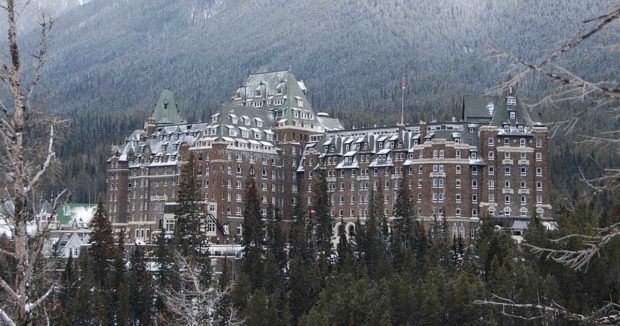 Horror up North: The Most Haunted Places in Canada
Canadians may be known for their warm, friendly behavior, but there’s nothing warm or friendly about their various ghosts. Several ghosts haunt Canada’s oldest historic buildings and can be found ...
click here to read more
Advertisement - Continue reading below
Share  On Facebook

The ‘Scary Selfies’ That Take Stunts Way Too Far