SARAJEVO (Reuters) – A group of artists unveiled a huge mural of David Bowie in Sarajevo on Saturday to commemorate the British musician’s humanitarian work during the Bosnian war.

To the sound of Bowie’s “Space Oddity,” up to 300 people attended the inauguration of the mural, which bore the inscription: “Fashion changes, but you’ll always be my heroes.”

The mural — 13 meters (43 feet) high and 10.5 meters (34 feet) wide — is painted on a building on the university campus, a short distance from the street once known as Sniper Alley, and is intended to symbolize the way Bosnia has changed since the end of the 1992-95 war.

Sketches were done by Marvel comics illustrator Enis Cisic and turned into the mural by painter Zoran Herceg, who took a month and half to complete it. The plan to immortalize Bowie, who died of cancer at age 69 on Jan. 10, was initially put forward by local musician Vedad Trbonja.

The project was supported by thousands of Bosnians, who have been posting Bowie-style photos on social networks, as well as some of Bowie’s co-workers.

Bowie was moved by the sufferings of Bosnians and he used his fame to increase awareness about the war and raise money for humanitarian purposes, although he did not visit Sarajevo.

“This is a way to pay tribute to Bowie as an artist and humanitarian and immortalize him in the town that never got a chance to host him,” said Adnan Comor, a spokesman for the group behind the project, Bowie Team Sarajevo. 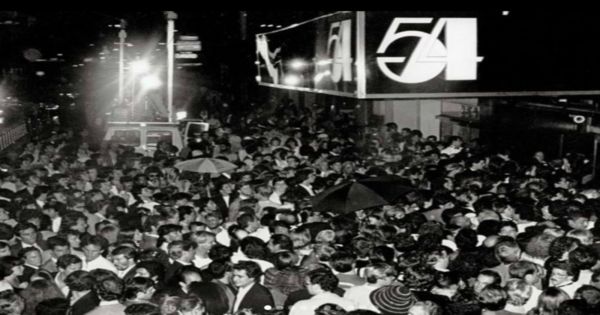 Studio 54: Candid Moments Captured from the World’s Greatest Disco
“The key of the success of Studio 54 is that it’s a dictatorship at the door and a democracy on the dance floor” – Andy Warhol. For those who long ...
click here to read more
Advertisement - Continue reading below
Share  On Facebook

The Influence Of Korean Culture On The Modern World