BELLEFONTE, Pa. (Reuters) – Convicted child molester Jerry Sandusky is innocent and should get a new trial, his defense lawyer told reporters following a three-day hearing in a Pennsylvania state court.

“There were so many flaws in his trial,” attorney Alexander Lindsay said.

But Lindsay appeared to make little headway during the three days of hearings in proving that prosecutors illegally leaked grand jury information to a reporter in 2011, a key argument in Sandusky’s bid for a new trial.

The former Penn State assistant football coach was convicted of 45 counts of sexual assault in 2012 and is serving 30 to 60 years in prison.

Asked whether he was saying the 10 boys who accused Sandusky of the sexual assault were liars, Lindsay said only that their testimony was factually inaccurate. He blamed the “repressed memory” therapy received by some of the boys for making them think they were victims.

“The sexual assaults by Jerry Sandusky simply did not occur,” he said.

But Sandusky prosecutor Joseph McGettigan, who had several testy exchanges with Lindsay while on the witness stand on Tuesday, dismissed that assertion.

“I live in the real world,” McGettigan told reporters.

To win a new trial, Lindsay must show that Sandusky’s original lawyer, Joseph Amendola, was so incompetent that his client did not receive a fair trial.

Lindsay sought to link the 2011 Pulitzer Prize-winning expose of Sandusky by Harrisburg Patriot-News reporter Sara Ganim to illegal grand jury leaks by prosecutors. He has argued that Amendola should have asked for the indictment to be tossed out because the grand jury process was tainted.

Jonelle Eshbach, a Sandusky prosecutor, testified on Tuesday she believed Ganim had received grand jury leaks, and worked with Frank Fina, another prosecutor, to lay a trap for the leaker.

On cross-examination, Eshbach said many people with knowledge of the grand jury’s work, including other witnesses, were not sworn to secrecy as prosecutors are.

Both Eshbach and Fina denied knowing who supplied Ganim with the information.

Ganim, whom Lindsay has subpoenaed, has not appeared as a witness thus far. She declined to comment on Monday on the advice of her lawyers.

Pennsylvania law shields journalists from having to reveal confidential sources.

The three-day hearing ended on Tuesday, although McKean County Court of Common Pleas Judge John Cleland left open the possibility he might call for more hearings. He did not say when he might rule.

Fina was a central figure in the recent leak case that led to former Pennsylvania Attorney General Kathleen Kane’s perjury conviction. Prosecutors said Kane illegally leaked grand jury information in a separate case to embarrass Fina, her political rival, and then lied under oath about it. 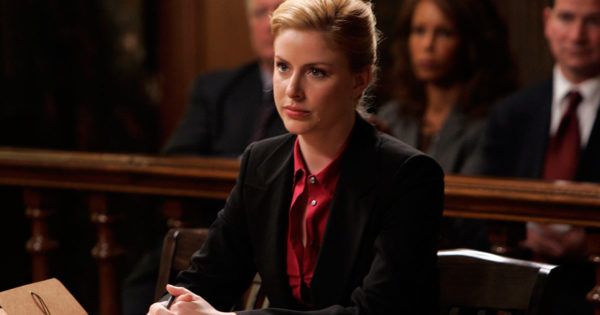