CHICAGO (Reuters) – Meat processor Beef Products Inc has dropped more than half the defendants from a lawsuit over its allegations that TV network ABC and others defamed a meat filler critics have dubbed “pink slime.”

The company, known as BPI, removed ABC’s news division, reporter David Kerley, two former U.S. Department of Agriculture scientists and a former BPI employee from the lawsuit, according to documents signed by a South Dakota Circuit Court judge on Wednesday.

Family-owned BPI sued in 2012 over news reports about its “lean finely textured beef” product, a meat filler made from fatty trimmings sprayed with ammonia to kill bacteria.

The lawsuit said they falsely told viewers the product was not safe, not healthy and not even meat, causing BPI to lose hundreds of millions of dollars in profits and roughly half its employees.

A trial on the lawsuit is scheduled to begin in June 2017. Beef Products Inc is seeking $1.2 billion in damages.

ABC has previously said the lawsuit is without merit.

BPI voluntarily dropped defendants from the lawsuit “in an effort to streamline and concentrate its case,” Dan Webb, a Winston & Strawn law firm co-chairman representing the company, said in a statement.

The statement called ABC, Sawyer and Avila “the primary targets of the litigation” and said dropping defendants was unrelated to the merits of the case. In particular, it said BPI dismissed ABC News because “ABC is the corporate entity that published the defamatory reports.”

All appeared or were quoted in ABC’s reports.

Bill Marler, a lawyer for Marler Clark who represented Zirnstein and Custer, said they were glad to be out of the lawsuit. “This whole case is an attack on the media’s responsibility to have discussions about controversial topics,” Marler said.

Foshee’s attorney, Steven Sanford of Cadwell Sanford Deibert & Garry, said the dismissal “should have happened a couple years ago.” 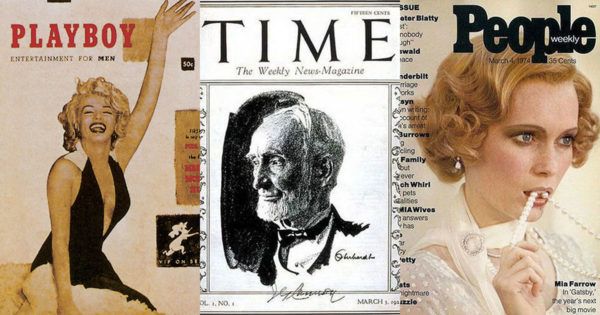 The Fascinating First Covers of 20 Famous Magazines
From People and Time to Sports Illustrated and, yes, even Playboy, magazines have assumed a significant place in American culture over the last century and beyond. Even as digital media has ...
click here to read more
Advertisement - Continue reading below
Share  On Facebook