Actress Jodie Foster may have had to wait more than forty years for her star on Hollywood’s landmark Walk of Fame, but at Wednesday’s ceremony when she was finally given the honor, she said she was glad it was for her work as a director.

“The star ceremony is something I’ve always thought of and dreamed of. I told my children when they asked me ‘Why don’t you have a star on Hollywood Boulevard?’, I said I was waiting to have the opportunity to have one as a director and Sony so nicely – we love Sony – they made my dreams come true,” Foster said.

“Money Monster” is a thriller about a young man named Kyle (Jack O’Connell” who holds presenter Lee Gates (Clooney), the host of a TV financial news show, hostage live on air while he demands answers about why a company’s stock crashed. Kyle forces Gates and his producer (Roberts) to investigate the real reason behind the stock crash that causes him to lose his life savings.

Foster, 53, who started acting as a child and has won two best actress Oscars for her roles in 1989’s “The Accused” and 1992’s “The Silence of the Lambs,” turned to directing with films such as 2011’s “The Beaver” and episodes for Netflix’s “House of Cards” and “Orange is the New Black.”

The actor-director said that while the Walk of Fame star honored her long career so far, it is also “support for the for the exciting things I’m going to do in the future.”

Kristen Stewart, who played Foster’s daughter in 2002’s thriller “Panic Room,” praised the star, saying “She did everything young, she kicked Yale’s ass, she won Oscars, she became a filmmaker herself, she created a family and still is just normal and cool and kind.” 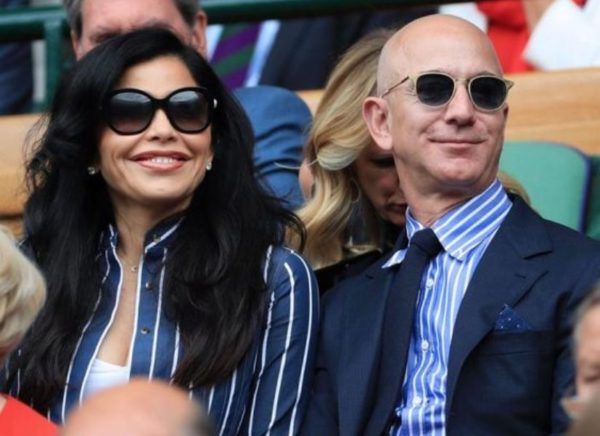 These Are The Wives Of The World’s Richest Men
The wealthiest men in the world know that money doesn’t always equal happiness. The measure of a successful mogul is not only their next acquisition; it’s also the love of ...
click here to read more
Advertisement - Continue reading below
Share  On Facebook

Wondering Why These Favorite TV Characters Got the Ax?

The Most Controversial Officiating Calls In Sports History