(Reuters) – Kansas vowed on Wednesday to sue the Obama administration over a directive telling U.S. public schools to allow transgender students to use bathrooms and locker rooms that correspond with their gender identities.

The announcement by Kansas Attorney General Derek Schmidt made the state the 13th to wade into an acrimonious debate about the rights of transgender Americans. It comes a day after a federal appeals court refused to reconsider its ruling that gave a Virginia transgender high-school student access to the bathroom of his gender identity.

The court’s decision “means our only option is to pursue a more direct challenge to the Obama administration’s unlawful efforts to unilaterally rewrite Title IX,” Schmidt, a Republican, said in a statement.

President Barack Obama’s administration on May 13 told U.S. public schools that transgender students must be allowed to use the bathroom of their choice, upsetting Republicans and paving the way for fights over federal funding and legal authority.

The letter relied on an interpretation of Title IX, which protects people from discrimination based on sex in education initiatives that receive federal financial assistance. The letter did not have the force of law but contained an implicit threat that schools that do not abide by the directive could lose federal aid.

Schmidt called the directive an attempt to expand federal power.

Also on Wednesday, the Kansas Senate passed by 30-to-8 a resolution opposing the Obama administration’s guidance on transgender students’ bathroom use that said state and local officials, and not federal officials, should decide school policy and that the directive threatens students’ privacy and safety.

Schmidt said he is reviewing whether Kansas will join the lawsuit by the 11 states, led by Texas, or file a separate, similar lawsuit.

North Carolina sued the federal government last month, seeking to protect a state law passed in March that bans people from using public restrooms not corresponding to their sex assigned at birth.

But while many states have protested the Obama administration directive, others have acted to protect the rights of transgender individuals. Massachusetts lawmakers on Wednesday were voting on a measure that would make the state the 18th to ban discrimination based on gender identity.

(Reporting by Suzannah Gonzales in Chicago; Editing by Scott Malone and Leslie Adler) 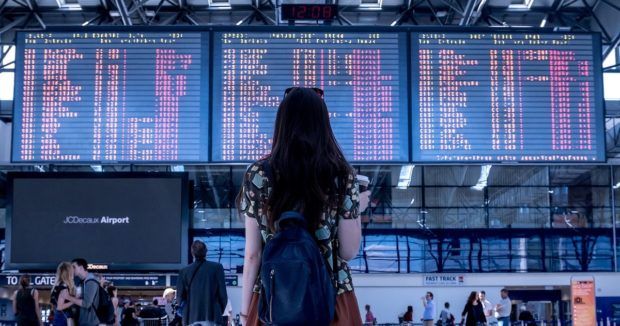 Feel Like Airlines Are Ripping You Off? Here’s How They Do It
Less than a century ago, if you wanted to get from one side of the country to the other — much less travel across oceans! — your best bet was ...
click here to read more
Advertisement - Continue reading below
Share  On Facebook

The Most Popular TV Show From the Year You Were Born

You Won’t Believe These Secrets About ‘The Three Stooges’

JFK and Jacqueline Kennedy — Photos of Their Short but Sweet Marriage

Classic Zoom Fails That Sum Up Working During Quarantine