VENICE (Reuters) – Film director Pablo Larrain said his portrayal of Jacqueline Kennedy in the aftermath of her husband’s assassination is not a biopic but rather a chance to look at an intriguing and painful story from the point of view of the former first lady.

Larrain was speaking at the Venice film festival where “Jackie”, starring Natalie Portman, will premier later on Wednesday and is competing against 19 other movies for the coveted Golden Lion that will be awarded on Saturday.

“I believe that Jackie was someone incredibly mysterious, probably one of the most unknown from the known people,” the Chilean director told a press conference.

The movie is Larrain’s first English-language feature and also his first movie centered around a female character.

“I’m not American and not necessarily attached to their history … but I felt this was a very beautiful and intriguing story,” he said.

The movie shows Jackie in the first week after the assassination as she struggles to come to terms with the tragedy and her own grief. At the same time she seeks to comfort her two young children and prepare her husband’s funeral in a way that will make his death meaningful but also allow her to be remembered as more than a fashion icon.

Portman, who won an Oscar for her role in ballet thriller “Black Swan”, said portraying someone whose looks, speech and gestures were known to everyone made this the “most dangerous” role she had ever played.

The movie recreated parts of a White House tour the first lady gave after renovating the presidential residence, making it easy to draw comparisons between Portman and Kennedy.

“And that’s terrifying because I’ve never thought of myself as a great imitator or anything,” the 35-year-old actress said.

“I was just trying to get to something that people could get past and believe that I was Jackie, and then you always have yourself in there too, inevitably.”

A big part of Portman’s job was portraying a character always in control of her identity, putting different masks on when in public, with those close to her or when truly alone.

The camera moves from Jackie recording the White House tours with a nervous smile to a first lady alone in her bedroom, sipping on Vodka, popping pills and swapping between outfits, all the while listening to a Broadway recording of “Camelot”.

“She’s a symbol for all these people, she is a mother, she’s a wife, a betrayed wife, she’s a person just trying to find her way in the world,” Portman said.

“There are so many things she’s dealing with.”

Larrain said the movie was not trying to deliver all the answers but rather leave something for the audience to digest.

“You don’t completely get who she was because it’s just not possible, and I found beauty in that fact,” he said. 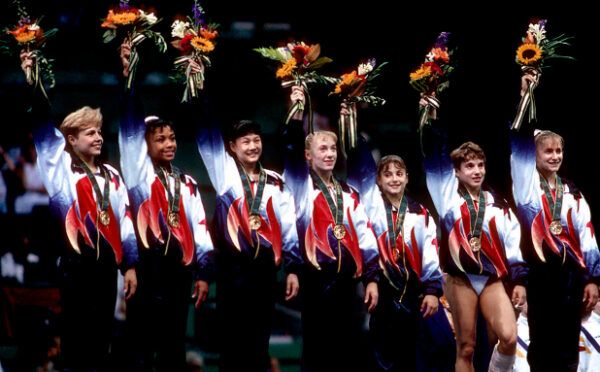 The Greatest NBA Centers of All Time