Back in 1939, the town of Essex, MT was picking up steam. It had always been in close proximity to the gorgeous Glacier National Park — in fact, it was nestled between its two main entrances. But when the Great Northern Railway placed a stop in Essex, it was like putting coals in the boiler of a train, and a plan to make a third entrance to the park got rolling.

In anticipation of all the future tourists and rail workers that Essex was sure to attract, the Izaak Walton Inn opened. The grand, $40,000 hotel was “modern in every detail,” with 29 rooms, 10 bathrooms, a lobby, dining room, and kitchen with a two-ton cook stove.

Yet, when the United States entered World War II following the bombing of Pearl Harbor in 1941, plans for the new park entrance hit the back burner, and it never materialized. The small town of Essex was then left with its “Inn Between” two park entrances…and not much else.

But, much like The Little Engine That Could, the big hotel in a tiny town persevered. Its warm staff and cozy rooms attracted ski and nature enthusiasts seeking a quiet refuge, and the hotel eventually earned a reputation as one of the state’s best recreational secrets.

Fast-forward to 2015, and the hotel is thriving thanks to a very creative nod to its locomotive roots…

The beautiful interior houses up to six people, and when guests come in, they can hardly tell they’re inside an old locomotive!

The GN X125 Caboose isn’t the only reason why train enthusiasts are drawn to this inn. There are many other restored trains, such as the Great Northern 441 Locomotive.

Trains like this one would chug on right past the area where this inn is located.

This train has the same beautiful detailing as the caboose pictured earlier:

This locomotive is slightly larger, but still family friendly, for reasons that you can see below:

Check out some of the other renovated train cars, and SHARE to your train-loving friends! 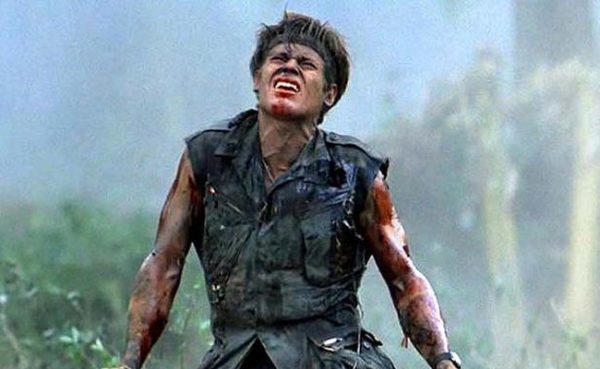 What's the Cast of 'Platoon' up to Today?
Just over 30 years ago, director Oliver Stone unleashed his dark, action-packed vision of the Vietnam War on America. Platoon left a lasting mark on audiences and continues to influence pop ...
click here to read more
Advertisement - Continue reading below
Advertisement - Continue reading below
Share  On Facebook